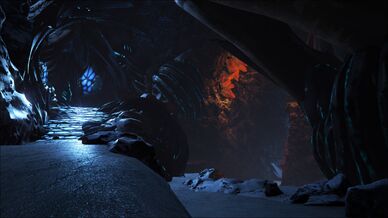 The Ice Cave is filled with polar creatures that could have you dead in seconds without the right gear and dinos. Creatures in the cave are untameable and above max level. IMPORTANT NOTE: Flying dinosaurs excluding Managarmr cannot enter the ice cave.