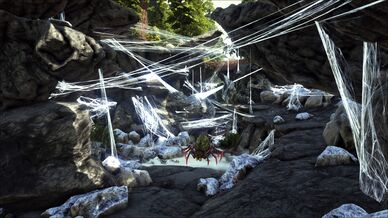 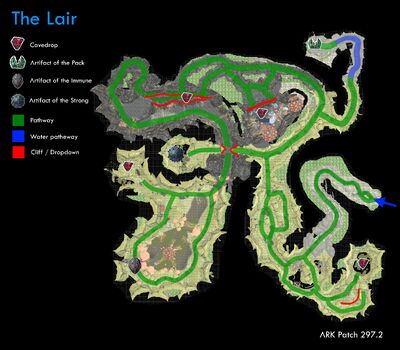 The Lair (more commonly referred to as Spider Cave) is a region in the Valguero DLC.

The Lair is a cave system located in the southern ends of the Valguero map in the midst of the Redwood Forests. Beware of the Broodmother who nests at the entrance with her swarm of Araneos.