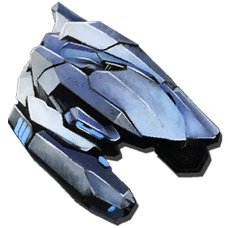 The Rex Tek Saddle is used to ride a

Rex after you have tamed it. It is an upgraded version of the

In addition to providing more armor than the regular saddle, pressing the melee key (default Ctrl) while riding a Rex with the Tek Saddle will activate a laser helmet.

This helmet can fire laser projectiles in front of the Rex, which deal explosive damage and can destroy structures. It deals around ~60 damage against Metal structures and ~1300 against Thatch structures.

The Engram is obtained by defeating the Alpha