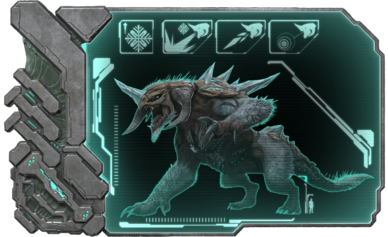 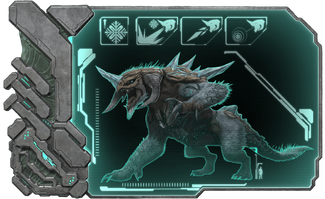 The Ice Titan is a massive quadrupedal monster with small teeth, huge claws and horns similar to that of a bighorn sheep. It also has a single horn in the middle of the other horns. The Ice Titan also has bright white fur. It stands at 253 feet (77.3 meters), has a length of 532 feet (162.3 meters), and weighs 59,466 US tons (53,947 metric tonnes).

Module on your MEK to destroy the nodes. Be careful as the ammo of the module is extremely expensive. In the fight itself, you should keep distance with your MEK and only attack the titan when it is distracted by wild creatures. Then you can get closer to it and quickly switching to stationary mode and shoot a rocket at the node. For the last node, you need to get it to focus on you. While it is walking towards you quickly shoot a rocket at the node.