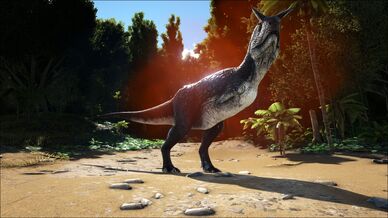 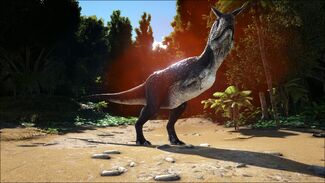 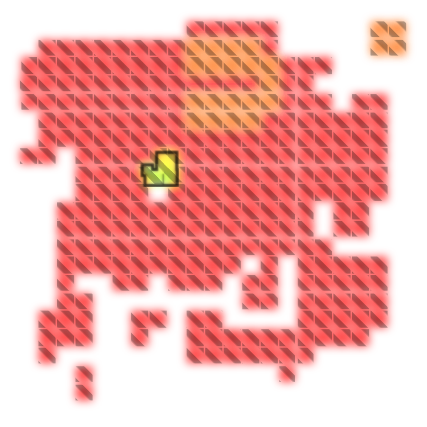 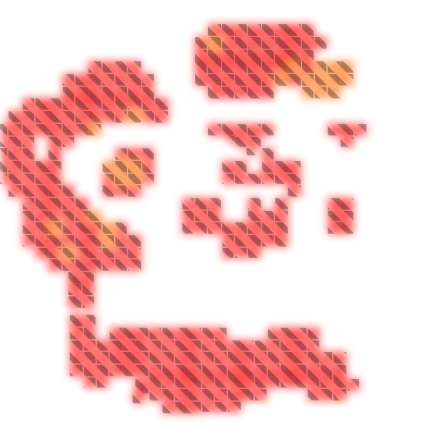 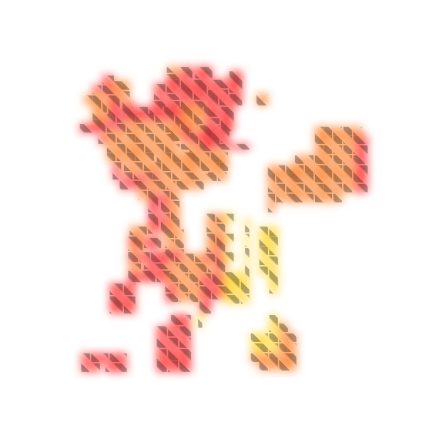 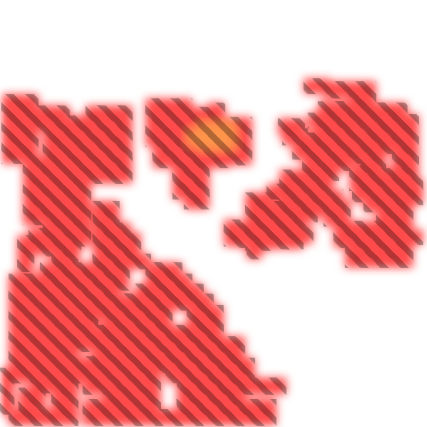 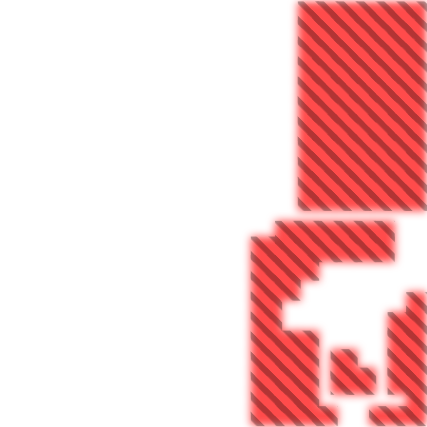 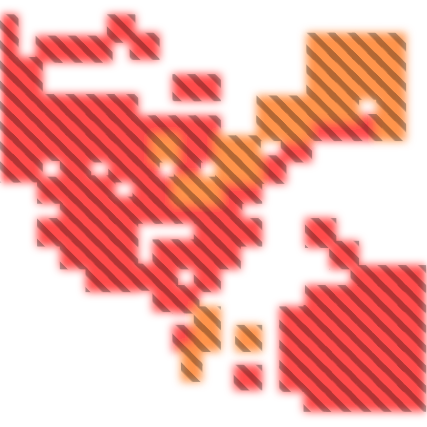 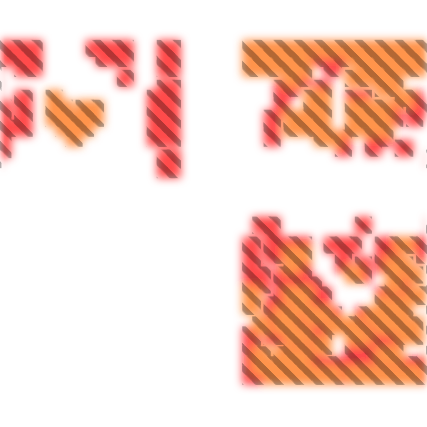 The Alpha Carnotaurus is a bigger, stronger version of the

Carnotaurus. In addition to their own strength, they also buff the damage and resistance of any nearby wild carnivores. They pose a significant threat to any players who aren't fully prepared to encounter one.

Alpha Creatures cannot be knocked out.
Defeating an Alpha Carnotaurus grants a large amount of XP and gives all nearby players a

Rex Bone Helmet. They also frequently drop recipes, high-quality weapons and armor, and various other items.
Alpha Carnos do not drop normal raw meat when harvested. Instead, they give very large quantities of

The Alpha Carno is about 1.5x the size of a normal Carno and share the same color palette, but with a slightly darker shade. They also have a glowing red aura surrounding them, making them easier to differentiate from the normal counterparts.

This section describes how to fight against the Alpha Carno.

The Alpha Carnotaurus is an extremely deadly predator, but taking it down is worth the XP. Use all of your resources available, including tribe members, powerful mounts and your strongest weapons. Avoid as much physical confrontation as possible. It also gives the best loot of the land alphas, so it is possible to kill it for high quality gear.

Avoid the extreme damage by waging a ranged battle. If that is not an option, guerrilla tactics with a speedy mount is acceptable. Using powerful dinosaurs such as

As with all alphas, distracting the carnotaurus to a corpse which it will be fixated on and can not destroy allows you to snipe it with a wyvern/crossbow/gun/flame arrows. This is the easiest option for beginners, with a bleeder like the Thylacoleo or the Allosaurus being a comparably good strategy.

You can also solo the Alpha Carnotaurus with a

Baryonyx in the water if you stun it and beat it down. Be mindful of when the stun ends however as when it ends you can find yourself with a Carnotaurus that can deal critical damage to you in several seconds.

Another, less conventional strategy is to make a spike box it can be 4-10 walls but leave one open. Lead the alpha Carno to the center of it and either trap it in with another wall or have a tribemate do it. Once it is inside then you can let it hit the spikes till it dies (WARNING: you might not get exp if you arent hitting it and dont get the final hit, but you will get loot no matter what,unless sometimes they dont have loot.)

The damage, health, and speed all combine to make the Alpha Carnotaurus a notorious killer of small establishments and massive regimes alike. Don't let it get near your livestock! A determined Alpha Carnotaurus can even chew through stone walls eventually, so keep your animals away from any fencing to stop it from refreshing its aggression to get to them.

The Alpha Carno is very slow and vulnerable in the water, so mounts like the Basilosaurus can easily defeat it (Basilos can tank it anyhow.) Like all alphas, it will be distracted by corpses which it can not break. Kill nearby carnivores and use this method alongside effective range weapons.