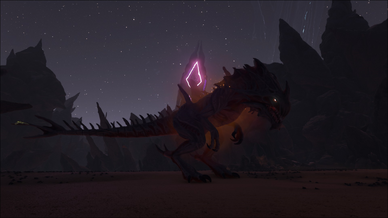 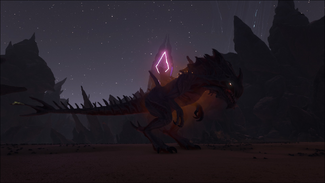 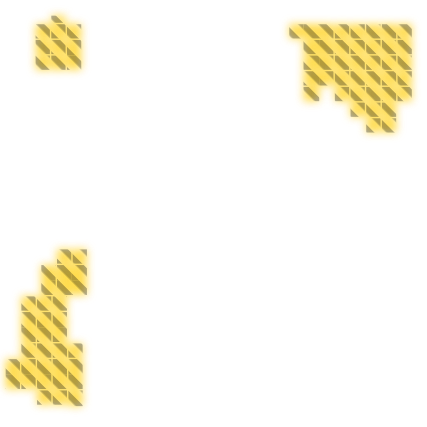 The Alpha Reaper King is highly aggressive, more so than that of it's non-alpha variant. It will only emerge at night, similar to that of the regular version (although more rare).

Alpha Surface Reaper King is larger than the

Reaper Queen, naturally spawning with an albino outer shell, interior red flesh and sporting a glowing red aura around them. However, this aura cannot be seen while they are underground.

Alpha Surface Reaper Kings are known to bury towards safety when they reached a certain health, and emerges far away from the player.

Use Rock Drakes but make sure the player is hidden then use any damaging weapon. But the best tame to use is the Reaper, even with a queen level 56 a reaper can get 75 levels and potentially reach 46k health in few level ups, and one can be used to kill a low level Alpha Surface Reaper King.

For tribes, it is recommended to bring at least 2 mid to high level

Rock Drakes. Alternatively, one could bring a soaker dino via

Karkinos, though its recommended to keep the crab away from the battle since it is relatively frail for its size.

Solo players should take a high level Rock Drake or

Reaper King, and always have an escape plan. It is unwise to put yourself in a position to be cornered by an Alpha Reaper, so be sure to clear out the surrounding reapers from the area you’re fighting in.

Don’t forget that even the mighty Alpha Reaper King is vulnerable to Charge Lights, so be sure to bring a Charge Light Creature to lower its defense!

With the arrival of Extinction, a lot of very strong creatures appeared, including the Velonasaur, Managarmr and Titans. A team of 1 tanker and 3 mounted Velonasaurs would do a quick work of an alpha reaper as long as you keep it under charge light. One could also solo an alpha reaper with a well imprinted, heavily mutated health, stamina and damage Managarmr.

It is extremely fast, in some situations even faster than Rock Drakes