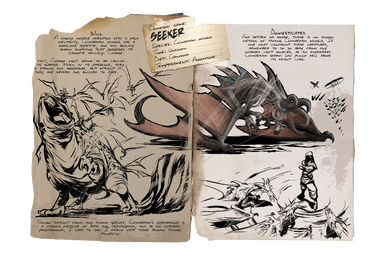 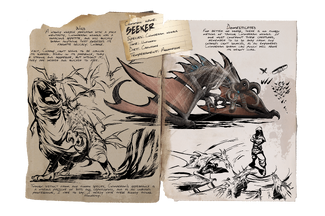 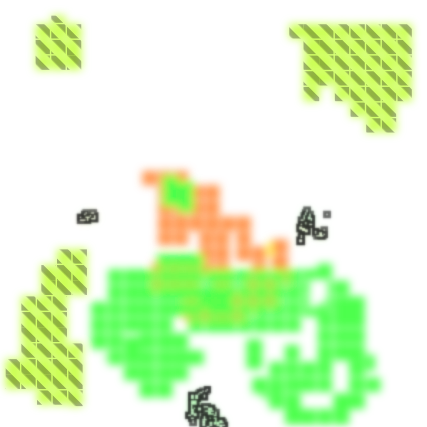 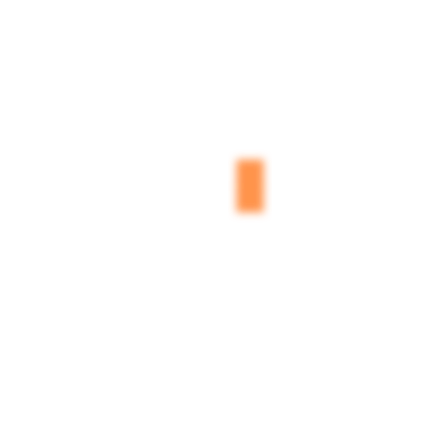 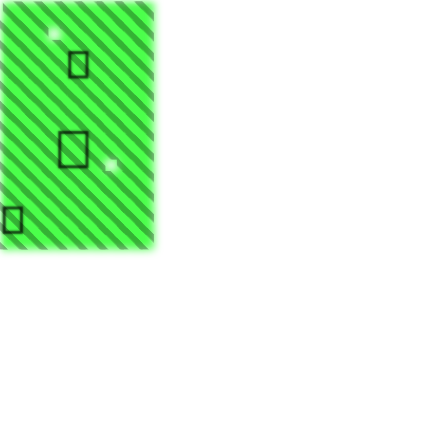 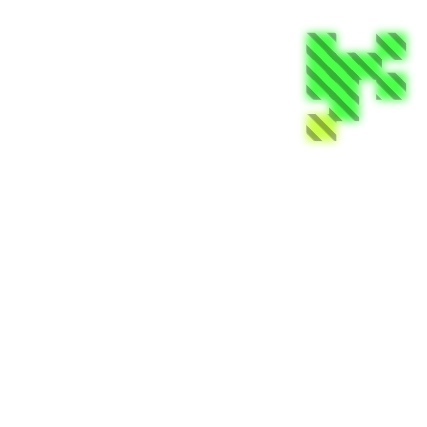 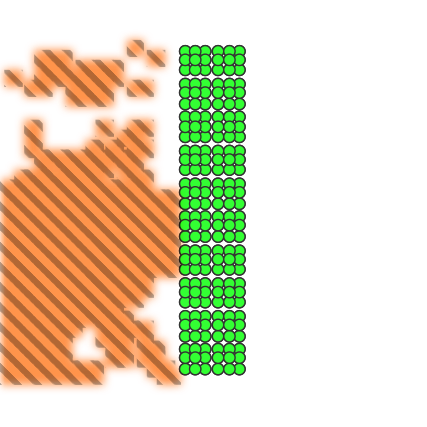 The Seeker thrives in the most hostile of environments, the radiation soaked depths of Aberration and Valgeuro, the flaming heat of the Aberration surface and even the vacuum of space itself, while seemly avoiding more hospitable areas. It seems to accomplish this by surviving off charge light, and is very actively aggressive in seeking out charge light victims, both humans and creatures. In the absence of charge light however unless one approaches too close, they will remain passive and ignore you.

found on the surface of Aberration, on the edge of the Wilderness, The Spine, and on Genesis 2.

The Seeker is a small winged creature that has small, bird-like legs that hang off the ground underneath the creature's body while using its bat-like wings to walk. It also had a squid-like face with tentacles hanging from its mouth and six, small, beady, blue eyes(Three on either side), as well openings on the side of the body and extendable 'fins' on its back. In other words, a bizarre bird-squid-bat hybrid with a 6-10 foot wingspan.

Region 4:
Under Belly and Highlights

The Seeker can be a formidable foe by itself or in a group. The Seeker is not a tamable creature, so it is recommended to kill Seekers upon sight. Seekers spawn on The Surface of Aberration and beyond The Spine, they are capable of surviving the harsh environment, heat, and radiation.

Glowbug, because charge from animals such as the Bulbdog and other light pets cause the creature to gain a buff that doubles its damage, thus making it quite formidable, especially when there are multiple Seekers in a group.

When clearing Seekers in caves such as the Hidden Grotto, use long-range, high-damage weapons such as the Longneck Rifle or Fabricated Sniper Rifle to quickly drop them before they enter your charge-light bubble. This allows your group to maintain charge-light protection.

Alternatively, Charge Lanterns can be used to weaken Nameless while facing away from the Seeker being engaged, but this is difficult due to Nameless popping up from many directions.

The Seekers are given a buff of 2x melee damage and regeneration boost when they are near a charge source. If one is nearby, such as a Bulbdog, then the Seeker will gain said buff, and this is especially dangerous if there is a large swarm of them attacking the player or a tamed creature.

It can hit multiple times to a creature if allowed to get too close to them especially Rock Drakes and Reaper Kings, acting almost similarly to when a player is standing too close to a

The Seeker becomes very weak and often flee when there are no charge sources nearby. If you are fighting one and you turn off any charge sources, such as a tamed Bulbdog or a little glowstick, then the Seeker will become weaker, but Nameless can still be a problem.