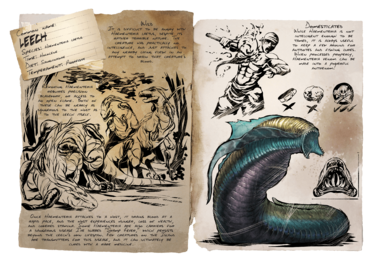 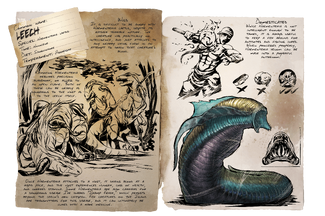 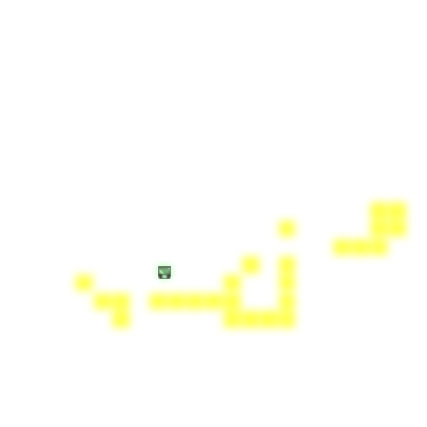 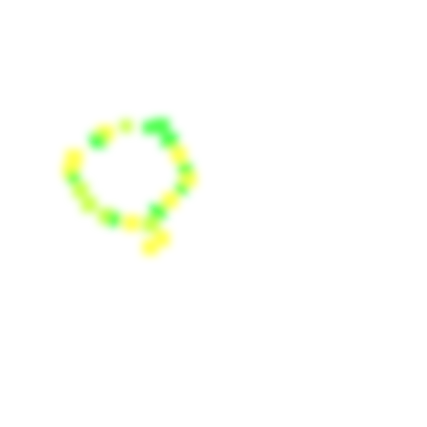 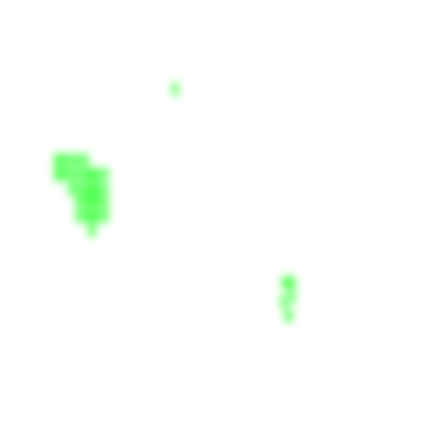 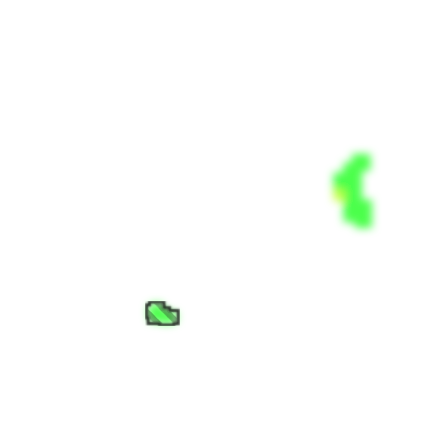 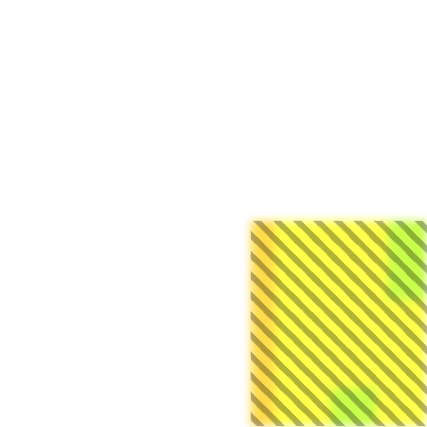 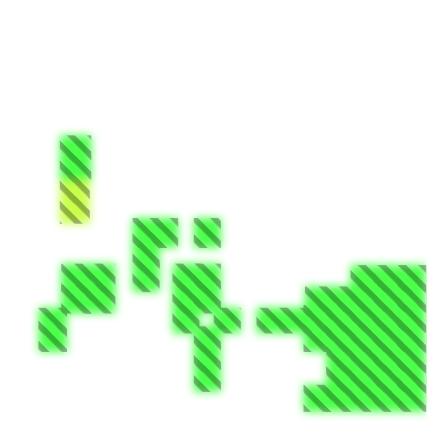 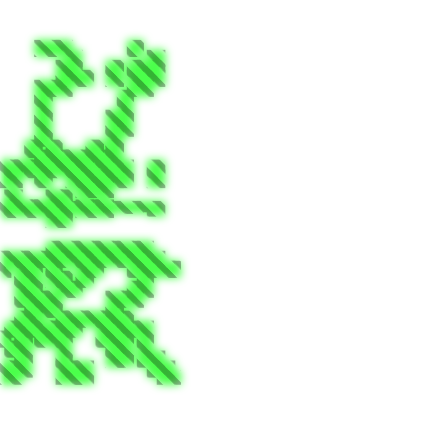 Leeches lurk in the water, waiting for tames or survivors to pass by whereupon they leap gleefully and attach themselves to their victim.

Diseased Leech is a variant of the

Leech distinguished by its red and orange color scheme as well as its name in the HUD. It transmits Swamp Fever, which can be cured with

Lesser Antidote. The carcass of the Diseased Leech can also be harvested for significantly more

Leech Blood than its normal variant.

One of the most revolting creatures that inhabits the island is Haementeria laetus, a leech that grows as long as a man's arm. A blood parasite, the soft-bodied creature actively seeks out hosts in the swamps it calls home, propelling itself with fluttering fins and latching on with a mouth full of sharp rasping teeth.

In the wild, leeches are the primary vector for a debilitating disease commonly known as swamp fever.

The Leech always spawns with the same color scheme, but the Diseased Leech has different colors from the Leech.

The Diseased Leech has the same values except of Health, which is 120.

This section describes how to fight against the Leech.

Leeches can be 'tamed' using