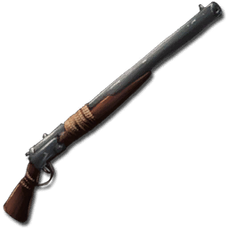 The Longneck Rifle is a hunting-style rifle that can be unlocked at level 35. At 196 damage (to creatures), the Longneck Rifle has the highest damage per shot of any gun in the game, however it also has a few drawbacks: