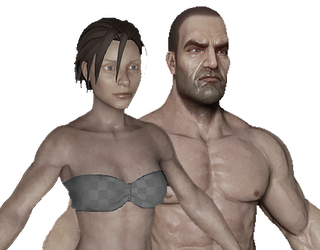 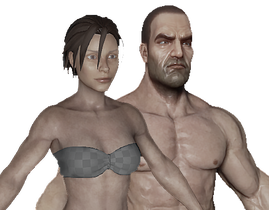 The Human, also referred to as a Survivor or Player, is the only playable creature in ARK: Survival Evolved. There are two sexes to choose from, as well as numerous options for body types. Every human on the island spawns with a Specimen Implant in its left arm. Humans can reach a maximum level of 105, gain an extra 5 with Chibi-Pet, ascend to obtain 60 extra levels (15 from Alpha Overseer, Alpha Rockwell, Alpha Corrupted Master Controller, and Alpha Rockwell Prime each), and 10 levels from obtaining all of the explorer notes, up to a grand total of level 180.

Humans Are also the Only source of

It is difficult to pinpoint an exact strategy for fighting Humans, because each one has different attack patterns and level of technology. Any given Human encountered may also belong to a Tribe or have nearby tamed creatures, which only adds to the potential danger of attacking them.