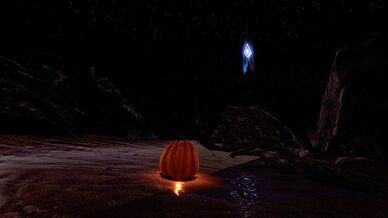 ARK-or-treat is a week long event in ARK: Survival Evolved Mobile where pumpkins containing items will spawn across The Island during the nighttime. The event began on October 27, 2018, but wasn't announced until October 29, 2018. The items received from pumpkins can range from common items to premium items, some even containing Tek.