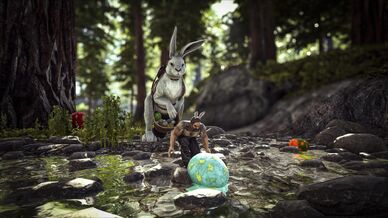 During the event mate boosted wild

The Bunny Eggs can be used to craft the following skins at the Cooking Pot: