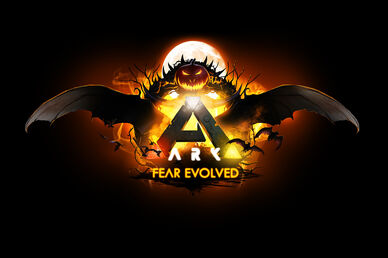 ARK: Fear Evolved was an ARK: Survival Evolved Halloween event. It started on October 28, 2015 and ended on November 5th, 2015.

Fear Evolved changes some gameplay aspects of the game, as well as adding the

DodoRex and some event-only items and skins.

DodoRex, an event-only creature, spawns from time to time together with an army of Zomdodos.