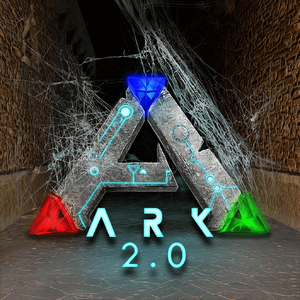 Dive into the ultimate mobile dino-adventure with ARK: Survival Evolved! A massive game world combines with 80+ unique dinosaurs and primal creatures for you to capture and tame - making for a survival experience bar-none. Meet up with other players and friends in this Jurassic-era world, to form tribes and work together to build colonies of survivors.

Based on the genre-defining adventure from PC and consoles, ARK: Survival Evolved challenges you to survive and thrive on a mysterious island, where you start out alone and unarmed. Gather resources and craft tools to build shelter and hunt. Expand your domain while capturing and taming dinosaurs to do your bidding. Make new friends online, form tribes, and build mighty structures to defend against man and mega-predators alike!

Features of ARK: Survival Evolved include:

Ancient Amber is a premium currency that can be used to purchase instant-crafting structures, character buffs, other special consumables and to resurrect dead creatures (tamed or wild).

Primal Pass is a subscription available for $4.99 USD a month or $39.99 USD a year. It provides a permanent double XP buff, 20 additional tame slots, a monthly loot promo code, the removal of all ads (including those on Free Gifts), reserved slots on all servers, early access to news & upcoming special events, one additional Ancient Amber per ad watched and access to Primal Pass-exclusive servers that have Crafting Stations disabled (but not buffs and items).

A total of 281 creatures have been released.

Bosses can be found in Dungeons and must be defeated to claim the rewards obtained in the Dungeons.

Developer Updates are a regular feature where the Community Manager at Grove Street Games, Jordan Kleeman, goes over some of the upcoming features coming to the game.

To play the game, a device needs to have:

For more information on Android requirements, see this video: