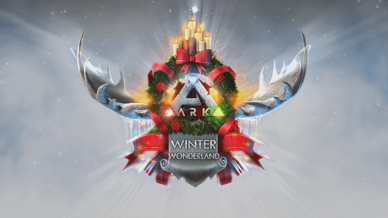 ARK: Winter Wonderland 3 was an ARK: Survival Evolved Christmas event. During the Event,

Raptor Claus flies between 0 and 2 o'clock (12midnight-2am) in-game time in a straight line over all maps, dropping presents containing

Coal, and various resources, loot and blueprints for high-quality equipment.

GachaClaus roams around the maps in Winter Wonderland 3 wherever

Parasaurs can be found. When fed 10 ×

To activate the event on a private server, the code line -ActiveEvent=WinterWonderland can be added to the command line or in the configuration files.