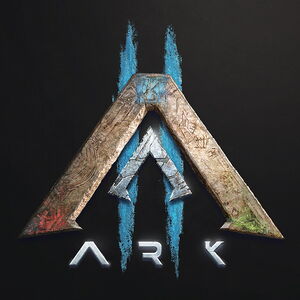 ARK 2 is the sequel to ARK: Survival Evolved. It was announced at the Game Awards 2020, and will be a survival sandbox similar to the first game, releasing on PC and next-gen consoles.[2]

ARK 2 takes place after the events of Genesis: Part 2 on an alien planet named “Arat”. All of the "clones" separated from the Genesis Ship have been dropped down afterwards.

Actor Vin Diesel is involved in the production of ARK 2.[3] Diesel will play Santiago in ARK 2.[4]

This category is temporary until further details are added and as such some creatures are subject to change, this is to help keep track of the creatures shown so far through Ark 2's no

There are also creatures shown within concept art that are hinted at being in the game shown from in game items, they consist of the following:

Fully stackable, user-created Mods for new creatures, items, gameplay features, and maps are now distributed across all platforms, along with support for modded unofficial servers!

Explore a mysterious, chaotic world where native flora and fauna are being overrun by invasive primeval creatures from an extinct Earth!

Construct your weapons and tools from a range of distinct modules to customize their look and functionality -- millions of possible combinations enable you to craft your own unique gear! The specific materials you choose will further affect the appearance of your items, with multiple options of resources found in unique regions of the world.

Natural and unnatural occurrences are always happening across the game world, independent of your presence! Your choices in deciding whether to interact with these events will yield rewards or challenges.

Hostile 'Aratai' hunt & attack you riding their own tamed creatures, as they seek to drive human interlopers from their world.

Instanced rendering and network-streaming enable much higher client and server performance for large, player-built structures, and a longer draw distance! Survivors can set up and save their own preferred building templates, share them, and place prospective template layouts in the world to then build them out as a team.

No omnipresent radar -- animals now track and hunt by sight, sound, and smell! Hide from predators with visual camouflage and environmental obstructions, and learn to mask your scent! Dynamic pathfinding enables creatures to intelligently maneuver around obstacles and player-built structures.

Gain both experience points from gameplay, and knowledge points by accomplishing key objectives and overcoming unique challenges, to progress along a massive skill tree filled with new active abilities, perks, and passive benefits.