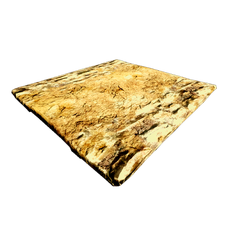 The Adobe Ceiling is a Structure in the Primitive+-DLC of ARK: Survival Evolved.

Protects the player from any temperature due to insulation as well as provide shelter. Also provides shelter from rain and snow.

Must be snapped onto a Foundation, Pillar, Wall or other Ceiling. They can only be placed up to two blocks away from their foundation unless there are foundations beneath them.