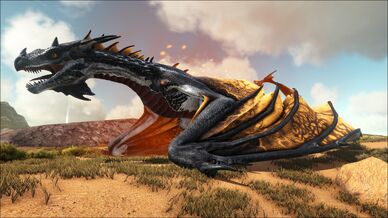 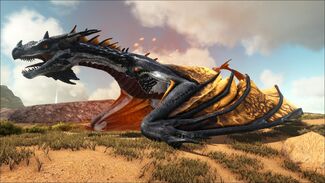 None
Drag Weight
555
Can Damage 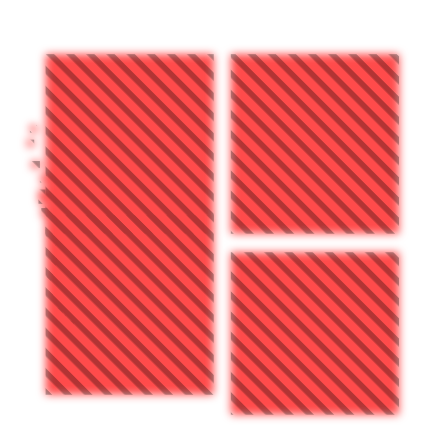 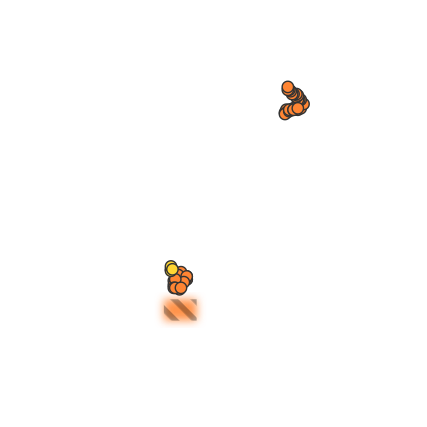 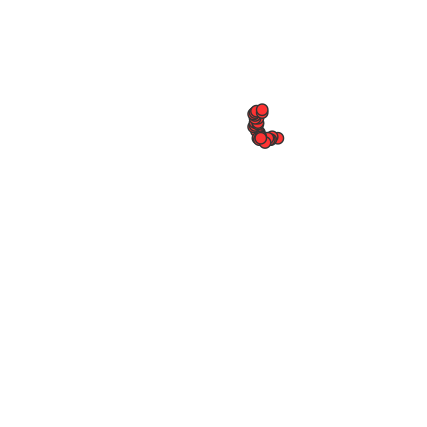 This variant spawns only during an Event
no MAP available

The Alpha Fire Wyvern is one of the Alpha Creatures in the Scorched Earth DLC of ARK: Survival Evolved.

The Alpha Wyvern is a bigger, stronger version of the normal Wyvern which rarely spawns inside The World Scar.

The Alpha Wyvern will chase you when you're near. If you're escaping and there's something closer than you to it, it will change course for easier prey. If there's nothing else around, it will fly up and into open areas until it runs out of stamina, where it will then start the same process again.

The Alpha Fire Wyvern will have a distinct red glow around it. this makes it easy to notice from other fire wyverns.

Homing Rockets are also useful tools against them. It may be a little tricky to lock on to, but most Wyverns shouldn't take more than 10 rockets.

A high level Fire Wyvern can easily kill most Alphas by just hovering in the air and biting.

Velonasaurs make easy work of an alpha wyvern if put into turret mode and levels mostly if only in health and possibly kept in safe distance in a trap or a structure to keep the wyvern at a safe distance.

When playing on the Ragnarok map, Alpha Fire Wyverns can spawn in the SW tropics and be seen flying around the area. it is possible to access this area with a raft that has been built with a number of Plant Species X on it as a mobile turret ship. If the raft in question has been built to protect the survivor Stone foundation,Stone Wall, Stone Ceiling the beasts cannot damage the player while the Plant Species X handle the dirty work. Note that no experience will be given to the player for killing anything with this method,but for solo players not looking to expend to many resources it is a cheap easy way to obtain wyvern milk

Another thing is that like its lesser counterparts its level can go up to 190 so people should heed caution before fighting one.

The Alpha Wyvern can't be damaged from special attacks by fire wyverns but it does take damage from lightning, ice & poison wyverns. Furthermore, a phoenix with high melee damage can tank the fire breath attack, and make short work of it with bites.