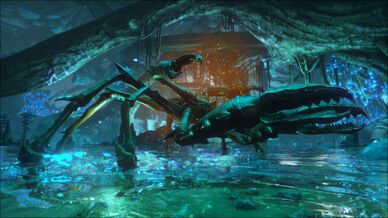 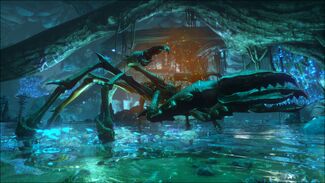 None
Drag Weight
450
Immobilized By
Habitat 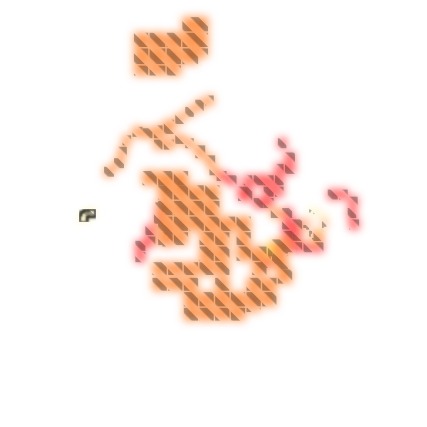 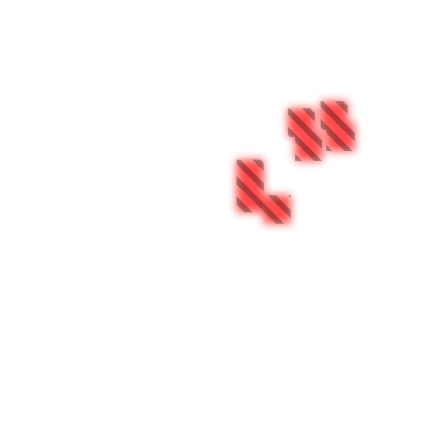 The Alpha Karkinos is one of the Alpha Creatures in ARK: Survival Evolved's Aberration expansion.

Much like its smaller counterpart, the Alpha Karkinos resides in the rivers of artifact caves, attacking any land-based creatures and large predators on sight.

Alpha Karkinos resembles a normal Karkinos except that it is much larger, and is covered with a glowing red-orange cloud.

The Karkinos will attempt to grapple you and repeatedly slam you into the ground.

A Spino can knock back the crab hard enough to negate nearly all damage, the Karkinos is not able to pick the Survivor off the Spino either, unless the Survivor gains the aggro of the Karkinos while not mounted. Example: Dismounting to fire a crossbow bolt at the Alpha Karkinos to get its aggro. It will then aggro to the Survivor itself, and it will be able to pick you off of nearly any mount, even ones it cannot carry including Rock Drakes, Megalosaurus, and even the Spino.

its claws can be used to slam the player into the ground if it gets close enough, it will also grab the player off small to medium-sized dinos.

They often roam the water, and can make fishing a dangerous task. In addition to this, their attacks can hold you underwater and cause you to drown.

Because of their sheer size, unlike regular

Karkinos, even a large rock or hill will not prevent them from reaching towards the player aggravated towards them.

Spino's are the go to in this case. With the high attack speed and decent knock back, it can easily kill almost all wild creatures, including Alpha Karkinos. Please note that low level spino's have low stamina and will eventually gain torpor or not attack fast enough to outkite it, so it is recommended to use higher level spino's. In addition, they are also prone to attempting to consume corpses, but like all alphas are unable to do so, and will continue to attack the corpse regardless of damage taken, making for an easy kill if this occurs.