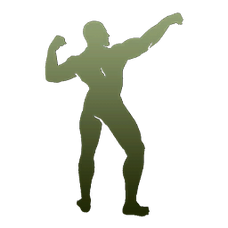 The Archer Flex Emote is created in a