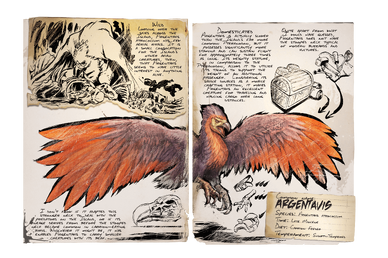 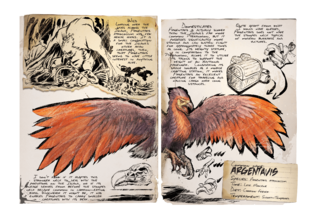 Dossier
These values may differ with what you see in-game or written elsewhere. But that is what the dossier says.
Group
Birds
Species
Argentavis atrocollum
Time
Late Miocene
Diet
Carrion-Feeder
Temperament
Short-Tempered
Release Versions 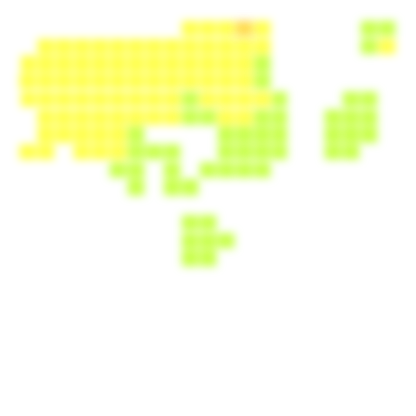 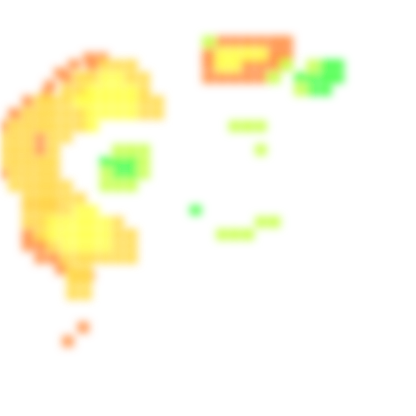 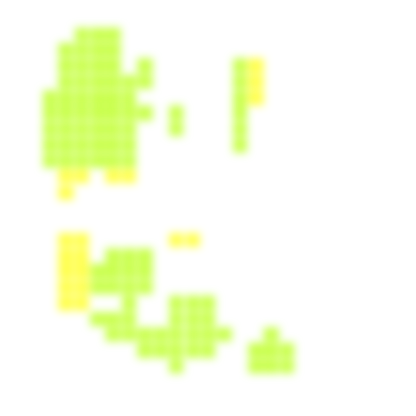 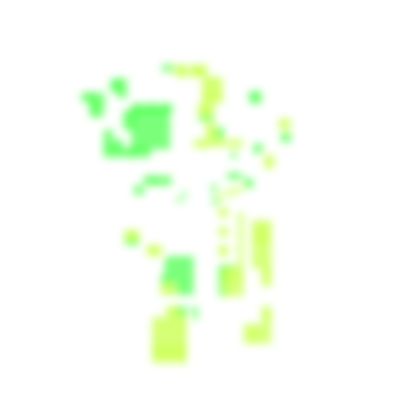 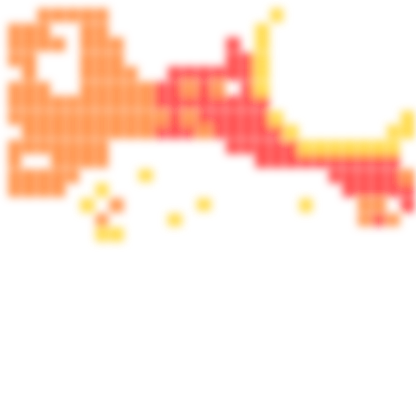 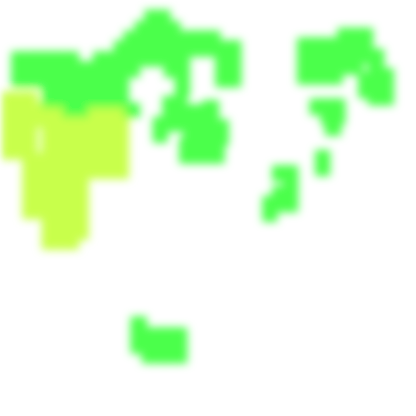 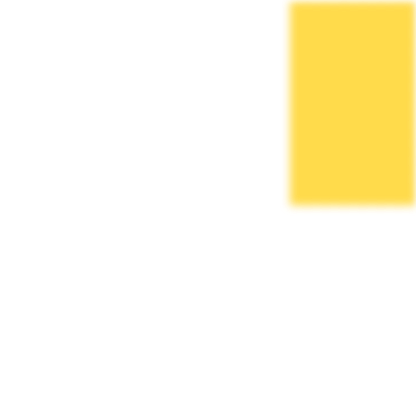 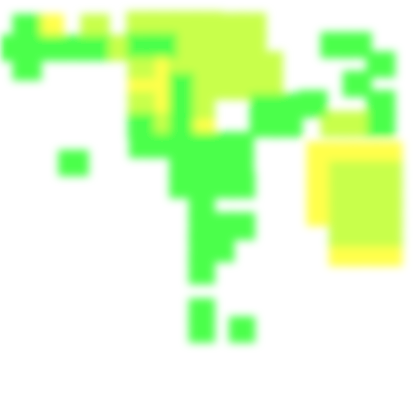 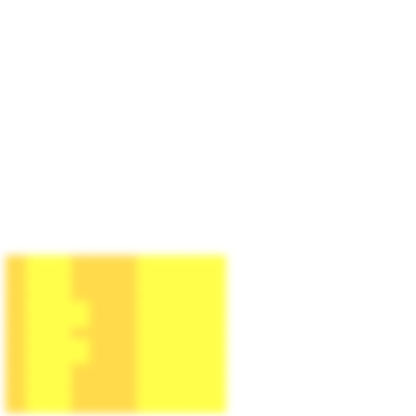 The Argentavis (Ar-jen-tah-vis), also referred to as the Argy, the Argent or the Argen, is a species of bird in ARK: Survival Evolved.

The Argentavis is an aggressive predator and scavenger but will only attack something that approaches it, attacks it, or gets in the way of a corpse it wants. It is a highly territorial creature, willing to chase players long distances if they get too close. As scavengers, they are also attracted by dead bodies from a surprising distance away. They can be often seen soaring around mountains, sometimes even in large groups.

A keen-eyed and vulture-like bird of prey, the humongous Argentavis is the largest bird on The Island by far, edging out the

Pelagornis and dwarfing the

Terror Bird, it relies on its sharp beak as well as enormous feet armed with talons to catch and dispatch prey.

This section displays the Argentavis's natural colors and regions. For demonstration, the regions below are colored red over an albino Argentavis. The colored squares shown underneath each region's description are the colors that the Argentavis will randomly spawn with to provide an overall range of its natural color scheme. Hover your cursor over a color to display its name and ID.

The Argentavis is tamed violently, i.e. it must be knocked out and fed with food it likes.

The Argentavis isn't as fast as the

Pteranodon but will still flee when

Torpor is getting high and not resume attacking the Player, so be prepared for a chase. It's relatively easy to keep them in range of a

Longneck Rifle but On the other hand, the Argentavis will attack you if you let it get close enough: additionally, their natural spawning ranges (primarily mountains) are usually overrun with dangerous predators, so be aware of your surroundings and be prepared in case the hunt goes sour.

Before its TLC update, the Argentavis had a 3x headshot modifier. The updated model no longer has the bonus that would be affected by this modifier, though they take 50% additional damage from projectiles compared to land-based creatures.

The best strategy is simple and effective: first, get your target Argentavis to fly at the ground level by attacking it with either a

Tranquilizer Arrow or a

Tranquilizer Dart and a

Boomerang. When it comes in for the attack, simply shoot it and then sidestep to avoid its huge talons. The bird will circle back around and repeat the process. When its torpor grows too high, the Argentavis will turn and try to fly away; be quick to shoot it down before it gets out of range. (This strategy is generally not recommended for players using crossbows with less than 300% Weapon Damage, as the Argentavis will flee out of range before the necessary tranquilizers can be administered. Longneck Rifles can still work well, however.)

An alternate strategy is to take advantage of the Argentavis' natural aggression. Because it will go on the attack once provoked and will follow the player a remarkable distance, the Argentavis can easily be lured into a variety of traps and taming pens. Low level survivors especially should consider building a simple trap out of Wood or Stone materials to keep the Argentavis immobile and get it away from other predators that would otherwise kill it once knocked unconscious. One of the simplest traps involves 4 dinosaur gateways (wood or stone) and 2 dinosaur gates. Put the gateways positioned in a straight line with gaps just large enough to allow the player through them but not the Argent. Place the dinosaur gates on the outermost gateways. Keep one side closed and open the other side. Provoke the Argent to chase you, line up with the trap, and the Argent will follow you in. While it's in the trap, close the gate and run out through the gaps between the gateways. With it trapped, simply tranq away while keeping the area clear. While the Argent will deal damage to wooden variants of the dinosaur gate and gateway, they generally can't do enough to come close to breaking it. Note, that you can provoke an Argentavis into chasing you by simply getting close enough, which will help isolate a chosen target from the flock without its other members interference. This method is generally considered the most effective means of taming the Argentavis, and can be combined with the Rapid Regeneration method seen below.

An extremely easy and efficient method used for taming Argentavis involves their Rapid Regeneration status effect they gain whenever they eat. This method is especially useful because it allows any level Argentavis to be tamed within minutes. All one needs to do is apply torpor to a wild Argentavis, and then knock it out when the Rapid Regeneration status effect is active. The status effect causes the Argentavis to consume food at an accelerated rate, and it will continue to consume food until the effect wears off, even after it has been knocked out. Because its food will now be significantly drained, it can start being fed right away and tamed extremely quick. The optimal setup for doing this method would be to build a structure to trap a wild Argentavis, and then tranq it until it loses aggro. Once this has happened, find and kill a small creature that can be dragged and drag it into the enclosure. The Argentavis will eventually eat it and gain the Rapid Regeneration buff, signaled by the green particles around its head. Once the buff has been enabled, finish tranqing it until it is knocked out, and its hunger will continue to drop at an accelerated rate, even after it has fallen unconscious. Keep in mind that the Rapid Regeneration buff only lasts for 20 seconds, so be sure to bring a magnifying glass to check the Argentavis' torpor and ensure you will be able to knock it out before the buff wears off. Another thing to be aware of is that bringing in the kill for the Argentavis to eat will also attract other wild Argentavis, which will then attempt to enter or attack the enclosure. Be sure to clear out the area once you have your Argentavis of choice successfully trapped.

This section describes how to fight against the Argentavis.

The Argentavis can be somewhat of a challenge to hit with any ranged weapons until the first shot has landed. Once it becomes aggressive, it will charge until its torpor becomes too high.

The methods of killing an Argentavis depends on whether you're looking to engage it from the ground or from the air. Ranged weapons like the Longneck Rifle, Assault Rifle, and even the Sniper Rifle are suggested if you plan on attacking it from the ground. Once attacked, the Argentavis will become aggressive and fly straight towards the player, head first. This behavior, compounded with their head-shot modifier, makes them fairly easy to kill or knock out assuming you can get a clear shot. If you are attacking the Argentavis from the air, perhaps using a tamed Argentavis of your own, be careful of drawing too large of a crowd. Argentavis tends to spawn in large groups, and attacking one will make all of them aggressive. Watch your back and don't let them trap you in a swarm.

Ranged weapons are a must. Be careful when using a weapon equipped with a Scope, as they obstruct your field of vision, making you vulnerable to attack by other predators endemic to the Argentavis' native mountain ranges.

The Argentavis can be dangerous to players with low-damage weapons; however, if the player uses proper strategy, the Argentavis shouldn't be a problem. The Argentavis can be very dangerous in groups of two or more as it can be hard to fight two at once, let alone more. Don't let them rile you up! Focus on hitting them with melee weapons as they swoop around you, and make sure you concentrate. Be aware of other animals in the area, like Sabertooths and other fast carnivores.

They are fairly slow despite their appearance; it is even possible to outrun them on foot.

The Argentavis reduces the weight of the following resources by the listed amount while they are in its inventory:

Flying an Argentavis uses similar controls to movement on ground level with a few exceptions. Quirks :

Note: Tamed and unmounted Argentavis do not lose stamina while flying. You can use this quirk to carry large amounts of weight quickly with an Argentavis set to follow.

An Argentavis is capable of carrying smaller creatures. This is done by using the alt-fire button (Rmb,

) while flying or hovering over the creature. The Argentavis will swing its legs forward in an animation similar to its attack. If the grab was successful, you will be able to see the creature being pulled behind the Argentavis, as well as its name and level. This is very useful for separating a small, high-level animal such as a

Raptor from its pack so that you can tame it elsewhere. The Argentavis can also attack creatures it is carrying by using the default attack button, or release them by pressing alt-fire again. The creature being carried usually can not attack the Argentavis while it is being carried, but can land a hit when it is picked up or dropped. If the carried creature is held too close to the Argentavis, though, it can attack.

The Argentavis is also capable of carrying a small creature in its beak. On PC, this is done with "C". [TLC 2]

The Argentavis is capable of carrying the following creatures in its claws:

Additionally the Argentavis is capable of carrying the following creatures in its beak:

For information pertaining specifically to the real-world Argentavis, see the relevant Wikipedia article.