Changes: Artifact of the Brute

Artifact Of The Brute 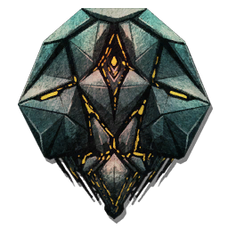 Artifacts are special items in ARK: Survival Evolved that are generally located in Caves around the ARK. Most are found at the end of a cave system, while some are placed more obscurely - including in oceans. Currently, their only use is to summon the bosses. They can also be placed on

Artifact Pedestal for decorative purposes. In Island caves, artifacts emit a wide-radius pulsating light-distortion that can help notify players when they are nearing/entering an artifact's chamber.

There are 21 Artifacts in the game, but not all of them are available on every map. 10 of the Artifacts are available on The Island, The Center, Ragnarok, and Valguero. The Center and Ragnarok both have one additional Artifact (for a total of 11). Scorched Earth, Aberration, and Extinction each have 3 Artifacts exclusive to those maps (and do not have any of the other Artifacts). Crystal isles has all of the artifacts from The Island, The Center, Ragnarok, and Valguero, with the artifacts from Scorched Earth and Aberration and one additional artifact that was previously unused for a total of 18. Artifacts can be freely transferred between maps on clusters (with the exception of Artifact of the Lost).

On ARK: Survival Evolved Mobile, Artifacts can be Tributed at

These Artifacts used to be in the game but were removed from the game files.

The Artifact Of The Brute is one of the Artifacts in ARK: Survival Evolved.

For an interactive map of all artifacts and other exploration spots see the Explorer Maps for The Island, Scorched Earth, and The Center.