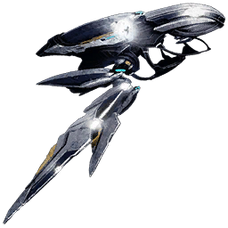 The Astrodelphis Starwing Saddle is a saddle in Genesis: Part 2. It can be used to ride an

Astrodelphis. It comes equipped with thrusters that allow the Astrodelphis to fly using different modes of flight as well as laser cannons that instantly hit the target in front of it.

Most of its control functions nearly identical to that of

Tropeognathus Saddle, with the exception of the fact that it uses

Grenade acts more as an explosive bomb rather than as a bullet projectile.