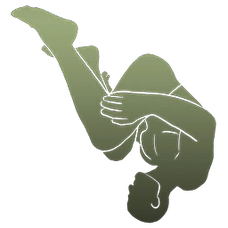 The Backflip Emote is an Emote in ARK: Survival Evolved's ARK: Summer Bash 2021.