Barrel of Gunpowder (Primitive Plus) 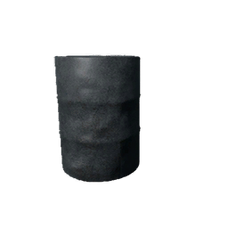 The Barrel of Gunpowder is an Weapon in the Primitive+-DLC of ARK: Survival Evolved.

The barrel is placed and lit via a radial menu. There is a chance for the fuse timer to be 0 and the barrel explodes immediately. The blast radius is somewhat large and can damage 9 foundations in a square. Is able to destroy one Reinforced Wood Door in one blast.