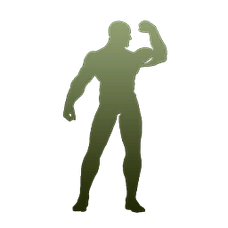 The Bicep Smooch Emote is created in a