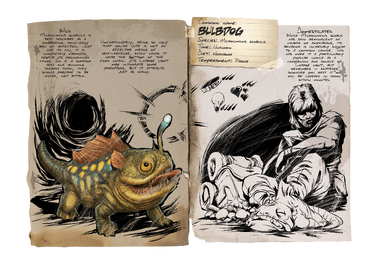 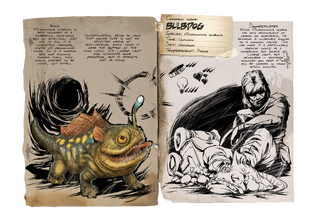 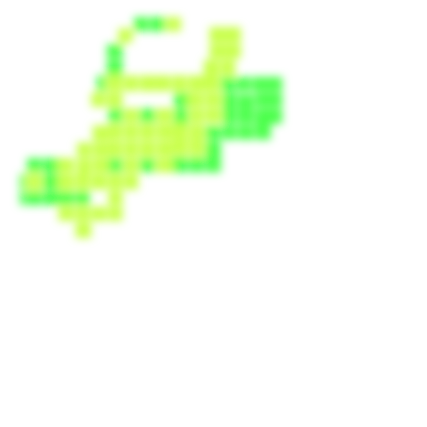 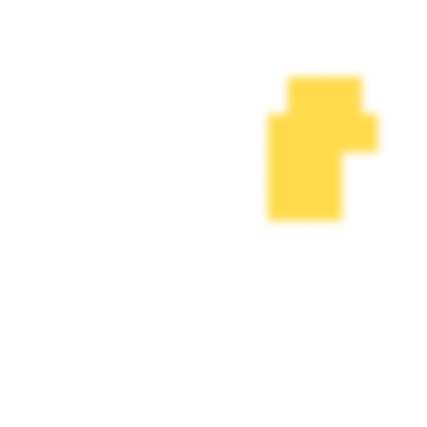 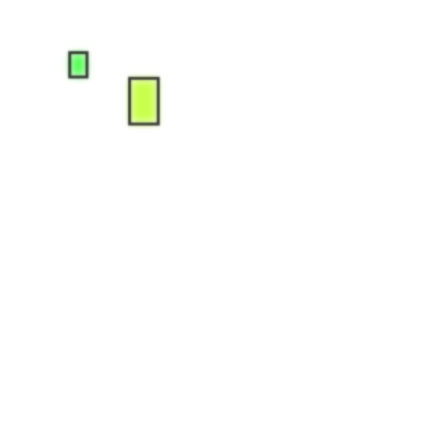 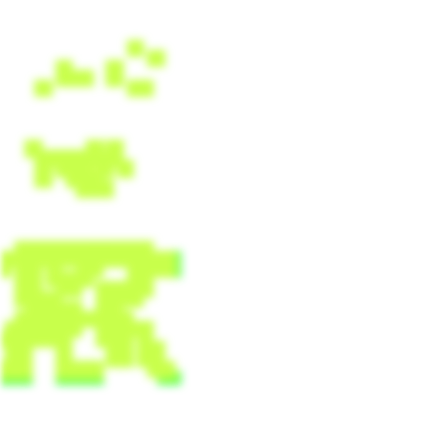 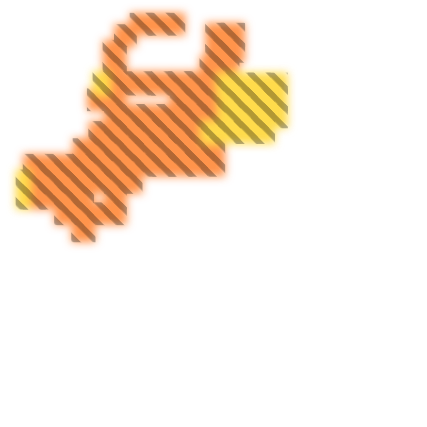 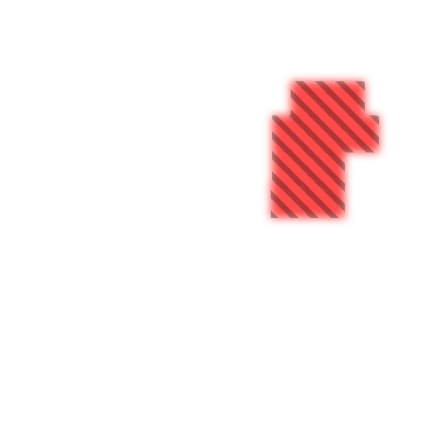 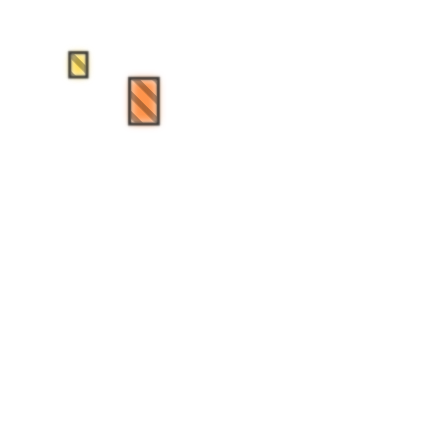 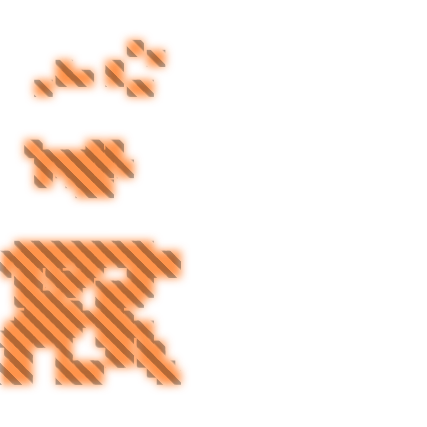 The Bulbdog (originally named Lantern Pug) is one of the Creatures in the Aberration-DLC of ARK: Survival Evolved.

Microluminis globulus is best described as a slobbering, roly-poly ball of affection. Just like its kin, it is completely harmless, despite its pronounced fangs. So if a survivor sees one running towards them, they should prepare to be licked, not bitten. Unfortunately, being so ugly that you're cute is not an effective means of self-defense, which lands it near the bottom of the food chain. Its Charge Light may intimidate some predators, but it attracts just as many.

While Microluminis globulus has skin reminiscent of lizards or amphibians, its behavior is incredibly similar to a common canine. This has made it a particularly popular choice as a companion and source of Charge Light, but remember - whatever shoulder you rest it on will be covered in drool within minutes.

From what the trailer shows, "friendly and cuddly". The Bulbdog is passive and social, and will readily accept treats from survivors. They keep a regular glow from the fleshy projection on their head to help navigate and signal. If attacked, they attempt to run, though as they are slow and weak they make easy prey to all but the

The Bulbdog looks somewhat like a pug with an anglerfish lure. The face resembles that of a frog, but with long pointy teeth. Has a very large head and a stubby tail. A dorsal fin is present, along with other aquatic adaptations such as webbed feet and small fins near the ears.

This section displays the Bulbdog's natural colors and regions. For demonstration, the regions below are colored red over an albino Bulbdog. The colored squares shown underneath each region's description are the colors that the Bulbdog will randomly spawn with to provide an overall range of its natural color scheme. Hover your cursor over a color to display its name and ID.

With low health and a relatively low running speed, bulbdogs make for an easy kill. When attacked, other bulbdogs in the area will run away from you, so keep that in mind when hunting groups of them.

Anything goes, but since Bulbdog will flee from its attacker, be prepared to chase it.

Anything will work, even simple weaponry such as a

Spear. To prevent it from getting away, using something to immobilize it such as a

Bola may be advised.

Bulbdog is never a threat by itself, but it typically shares its living space with various predators such as

Aberrant Spino, and even the occasional

Karkinos. Always be wary of the various predators in the area.

Bulbdog has very low health, and as a result, it can be easy to accidentally kill one.

The Bulbdog is unable to be tamed through the standard tranquilize-and-feed methods, and must be tamed non-violently.

To feed it, place one the foods listed below on the last slot of your hotbar, then when approached press the use key (default E,

) to feed it. You cannot feed them all the food required for taming at one time, you must wait every couple of minutes until it is hungry again to feed it more until its taming meter is filled. The most effective taming food to feed them is the

As a Charge Light creature, Bulbdog carries charge, which replenishes over time while its light is turned off. When the light is turned on, it provides survivors with the Charged Light buff, protecting from

Bulbdogs can fight back when tamed but do very little damage and should never be used as combat dino.

It carries the most charged light capacity with the lowest recharge rate.

Bulbdogs eat both berries and meat, making them very easy to breed and feed. Just remember when raising along with carnivores that Bulbdogs will eat any meat in troughs before berries.

Anti-Nameless/Reaper Ambush: Since the Bulbdog can be shoulder mounted like every other Charge Light, it provides a charge to prevent Nameless pack from emerging and will weaken Reapers. This however, will attract

Seeker. To quickly toggle the shoulder-mounted Charge Light on/off in emergency situations, open up the emote wheel (hold either bracket key by default) and select "Clap!". For faster use, emotes can also be bound directly to either of the two emote keys by mousing over them in the emote wheel and pressing the desired key.

Dung Provider: Bulbdogs defecates often, especially when attempting to tame it, making it a useful source of dung for

Radar: When mounted on your shoulder with light toggled on, a Bulbdog will notify the wearer of max-level dinos (the exact level will differ with the difficulty setting, being 150+ on Max Difficulty) within 100 meters radius and enemy players within 40 meters (doesn't work on logged out players).

These values are the same for all light pets and can't be changed in any way.

Pet: Like all other shoulder mounts and other small creatures, the Bulbdog can make a suitable companion on your endeavors.

Backpack: Like all shoulder pets, anything held in a Bulbdog's inventory will weigh 50% less on a player's shoulder. The Bulbdog especially excels at this role due to its Weight stat being the highest of all shoulder pets, only tied with the

Jerboa (which only spawns at level 1, and thus is much less efficient at this role) and the

Ferox (which is far harder to tame).

Light Source: As the caverns in Aberration are often dark and dreary, having a easy to toggle, far reaching light source whether walking or on a mount is very useful. While the Bulbdog's ability to provide consistent Charge Light is arguably the worst out of the four Charge Pets, the fact that it spawns in the Fertile Zone, where Nameless can't, means that it is almost always the preferred choice for your first Charge Pet, as the other three either only spawn in areas with Nameless, or in caves, which come with their own dangers.