This article is about Cactus Sap, not to be confused with 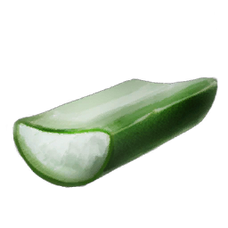 Cactus Sap is a Consumable in the Scorched Earth-DLC of ARK: Survival Evolved. It can be consumed to sate hunger.

Cactus sap is harvested from cacti seen around the map. The smaller cacti can be harvested with hands or, more efficiently, using a

Whip. The larger ones require a tool such as a

Chainsaw being the most efficient.

On Extinction, cacti can be found in the Desert Dome.

In Genesis: Part 1, frozen cacti can be found in the Arctic Biome and can be harvested for sap.

Can also be found on Valguero.

The following creatures reduce the weight of Cactus Sap by the listed amount while it is in their inventory:

Aside from acting as a food, it is also used to craft the following items: