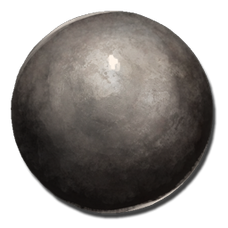 The Cannon Ball is a giant steel ball used with the

Cannon to cause large damage from a distance.

* The damage is greater than the health-points of structures of that material.

Comparison to other heavy knockouting weapons