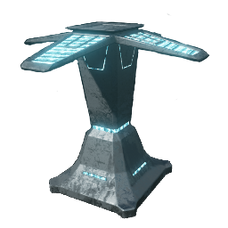 The City Terminal is a structure that was added to the game in the DLC Extinction.

Scout. These City Terminals can be found throughout the Sanctuary, Wasteland, Snow Dome, and Desert Dome and are the primary means of transferring tames and items across servers, due to the lack of normal terminals beneath the

Charge Battery with seemingly no limit on said Charge. However, only 10 Charge Batteries will charge concurrently.