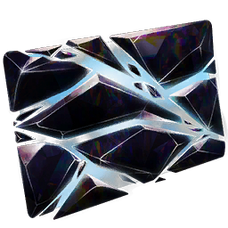 The Code-Key is an Item in the Genesis: Part 1 DLC.

A Code-Key generated by destroying a Corrupted Avatar/Dinotar/Attack Drone. Bringing enough of them to the Codebreaker Terminal will allow HLN-A to hack away at the Corrupted Master Controller, first deleting his armor piece by piece, then making him vulnerable to damage, allowing progression through the System Root. Only a set amount of Code-Keys can be carried by a sole Survivor at a time, so the more Survivors fighting against the virtual form of Rockwell, the better.