Code Red is a Mission in Genesis: Part 2. This mission permits 1 tamed creature per survivor present.

The dungeon is a massive maze in this phase, skim through the entirety of this phase, while fending against the VR creatures present within until reaching the admin panel. Shadowmanes can skip this entire section, although you will still have to shoot the turrets so your mount doesn't take too much damage while you go through the pipes. Make sure to leave it on neutral.

After failing to unlock the gate, you will need to go through the pipes to gain admin access. A Ferox can be very useful here, just transform it after getting past all of the ladders (enter the mission while riding it, after waiting for it to have only 3 minutes of transformation left). Watch out for Arthropluera, use the exo suit to avoid getting your main armor damaged. Try not to get knocked unconscious by the Araneo. It is also possible to skip the pipe section with a zipline or Shadowmane as long as you first get to the checkpoint above the ladders, but this is usually harder than doing it the intended way and can waste a lot of time. The part with the Defense Units can be cheesed with zip line, Ferox, or a stegosaurus just outside the room. Defend yourself while the gate opens to advance to the Containment Area. On alpha it can be risky to stay near the gate, but you can jump to an elevated part of the room so that you only need to fight flyers.

In a five player team, have one of your members to hold a high quality tek railgun to shoot the arthropleuras through the wall, saving alot of anxiety of losing all your armor in one hit.

There are a total of 12 biopods across this part of the dungeon. All VR creatures will target after each biopod, destroying it if they are left to allow it. At least 1 biopod must survive to progress. If a biopod is destroyed, the creature inside becomes a hostile VR creature.

The creatures inside the biopods will help you fight the boss later on at the last phase of the mission.

The following dinos are trapped in their Biopod:

The easiest way to do this section is to stay near the exit gate and defend the 3 biopods there. Over time most of the creatures will get stuck on walls so you just have to wait for the timer to go down. If you transformed a Ferox at the start of the pipes section it will conveniently transform back to it's small form around the time where this section ends. If a player has a stegosaurus, they can defend the first two biopods (Argentavis and Pachyrhinosaurus) while the rest of the team spreads out to defend the other biopods.

Continue past the Containment Room and rush over to the door leading to the Experimentation room, overriding terminal within to restore the door power to it. Inside the test Subject Storage contains tons of already corrupted VR creatures in a biopod, bursting out within activation of terminal nearby. This is the hardest part of the mission.

If you have at least 2 players with a Ferox that you don't mind losing then this section is fairly easy as long as you make sure they transform back to their small form shortly after getting to this part.

You can use zip lines to skip everything. They are a bit clunky so practice this on gamma first.

Another strategy is to use a Battle Tartare, Focal Chili and a really good set of armor to skip everything, but this is very risky on alpha and requires a very high base speed.

The easiest way to do this section is to use a zipline to kill some of the creatures from above, then run past the rest (they usually pile up near the walls which makes it easy to avoid them). Works best with a tek rifle, focal chilli and high base speed. Make sure not to run out of time.

Upon reaching the Experimentation Room, in front lies an enraged

Experimental Giganotosaurus, fully twisted and tainted by Rockwell. It instantly burst out of its biopod the moment the player crosses a line near its biopod.

Any creature that were rescued from Phase 3 will join in the battle. However, if only a few were rescued, don't expect too much from it as in its enraged state, it can easily kill them off. The creature that assist you are based on whatever was inside the protected biopod. The number of creatures saved will affect the boss' health. If all 12 creatures are saved (nearly impossible), the Experimental Giga's health has 1/4 of its health.

Killing the Giganotosaurus will finish the mission. Use zip lines or a dino that can jump high/climb walls to reach the safe areas near the top of the room. Use a Tek Phase Pistol (Genesis: Part 2) to kill the giga within the time limit. You can put your dino in a cryopod before the section starts to avoid losing it (If you are using a Ferox, refresh its transformation timer right after killing the defense units in phase 2 so that you can cryo it before the boss fight. There is a bug where Feroxes don't get teleported back after winning the mission). To reliably hit the giga, dismount and crouch at the edge of the platform. If you accidentally fall off then quickly run to the other end of the room and setup a zipline to reach another platform.

If you brought a stegosaurus all the way to this point, use a Tek pistol while riding it and you can drain the Giga's health and can heal your stegosaurus with sweet vegetable cakes if you need to. The Stegosaurus can take a tremendous amount of damage if it is set on hardened plate mode with over 40k health and has a max quality saddle (124.8-352.7).

The first problem you have to worry during the fight is the flyers as they can interrupt the 20x damage of the Tek Phase Pistol on the boss, so have people with mounts that can ground and kill flyers. The second problem is the bleed effect of the carnotaurus. 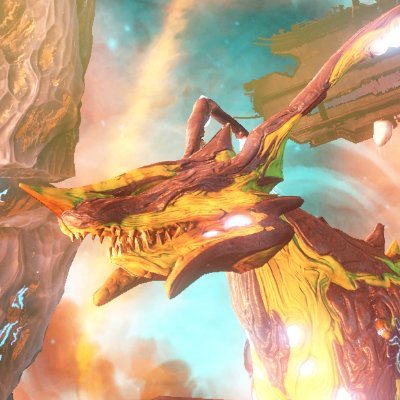 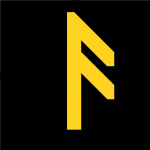