Corrupted Creatures are a variant of normal Creatures corrupted by

Element that are found on Extinction, the corruption enslaving their behavior into a "hive-mentality". Creatures that are corrupted are more powerful, extremely aggressive (regardless of their previous Temperament), and untameable. All Corrupted Creatures can destroy

Tek-tier Structures and will attack the structure when in range (which only applies in PvP).

Projectiles from corrupted creatures are tinted in purple, and if they are hit by ranged projectile, the hit marker will appear in purple, as opposed to normal/friendly hit marker which appears red/green/orange respectively.

AnglerGel, and will often drop

Organic Polymer does, with a spoilage timer, use as a

Polymer substitute, and a suicide pill when consumed.

All Corrupted Creatures have a chance, based on creature strength, to drop a

after killed. This means the stronger the creature, the more likely it will drop a Corrupt Heart.

Enforcer does 4x or 400% more damage than it usually does to any and all corrupted creatures, giving it a significant advantage to kill corrupted and help a survivor travel the Wastelands more safely.

There are 16 Corrupted CreaturesExpression error: Unexpected < operator. (including variants). 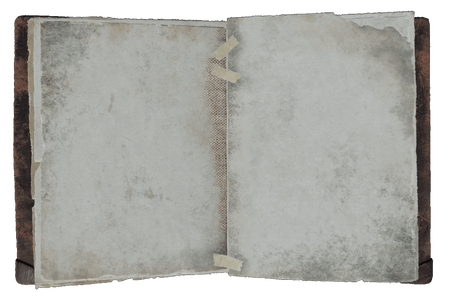 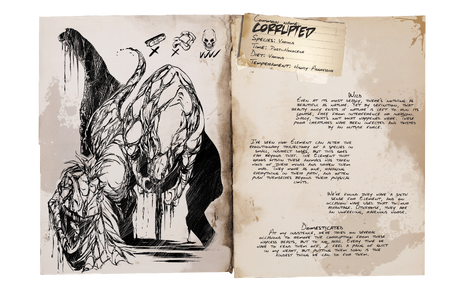 Even at its most deadly, there's nothing as beautiful as nature. Yet by definition, that beauty only exists if nature is left to run its course, free from interference or invasion. Sadly, that's not what happened here. These poor creatures have been infected and twisted by an outside force. I've seen how Element can alter the evolutionary trajectory of a species in small, indirect doses, but this goes far beyond that. The Element that grows within these animals has taken hold of their minds and driven them mad. They move as one, ravaging everything in their path, and often push themselves beyond their physical limits. We've found they have a sixth sense for Element, and on occasion have used that to our advantage. Otherwise, they are an unfeeling, ravenous horde.

At my insistence, we've tried on several occasions to remove the corruption from these hapless beasts, but to no avail. Every time we have to fend them off, I feel a pang of guilt in my heart, but putting them down is the kindest thing we can do for them.