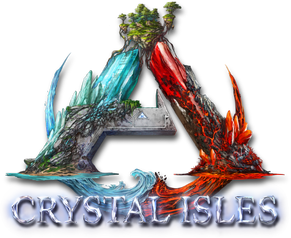 Every new creature in Crystal Isles holds a surprise, from the explosive

All Items from the base game, and most items from Scorched Earth and Aberration are available on Crystal Isles.