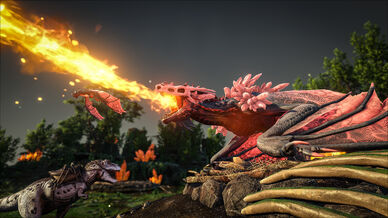 The Crystal Wyvern Queen Arena also known as the Crystalline Garden is a region in the Crystal Isles DLC.