This article is about Direwolf, not to be confused with 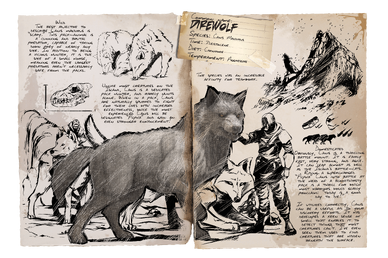 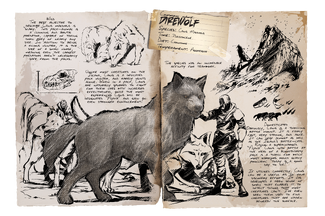 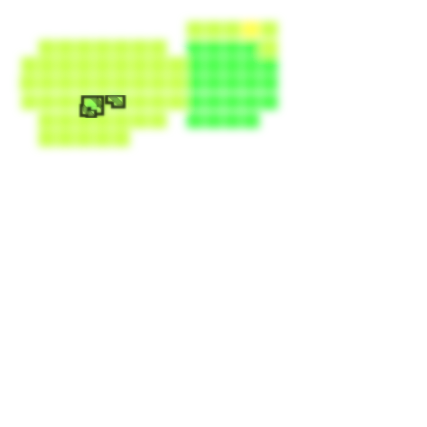 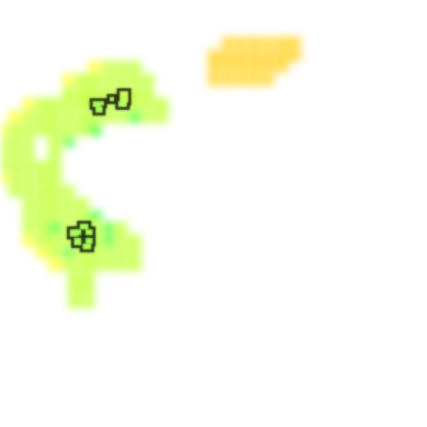 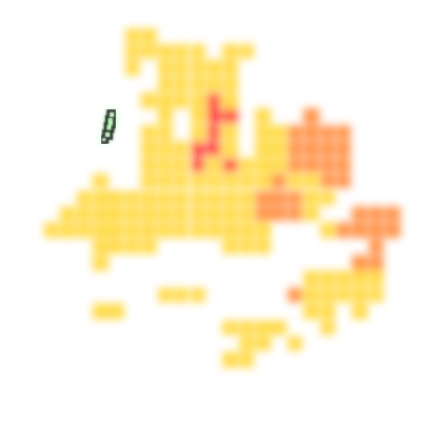 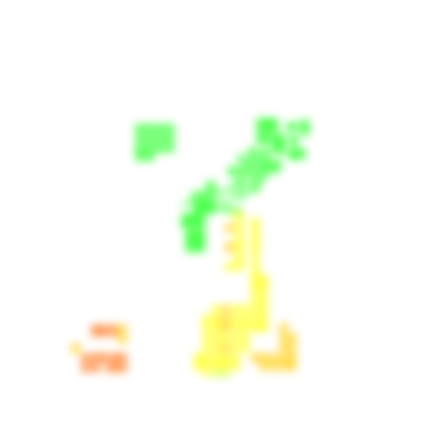 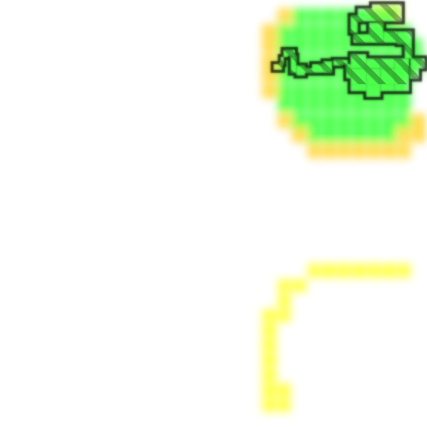 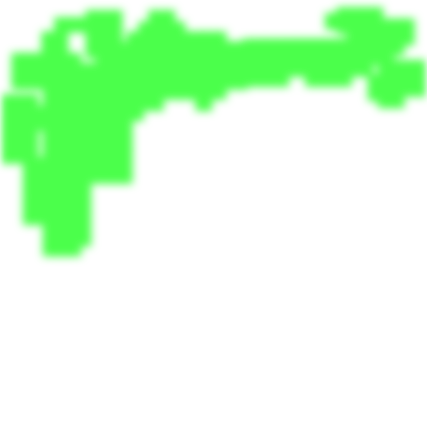 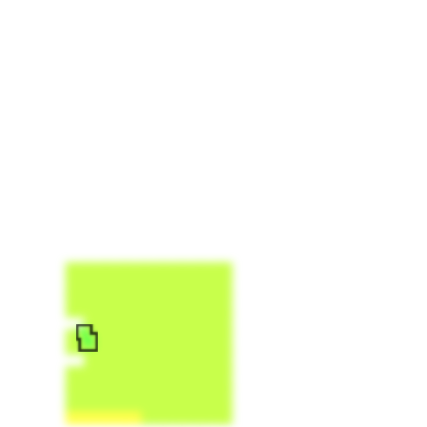 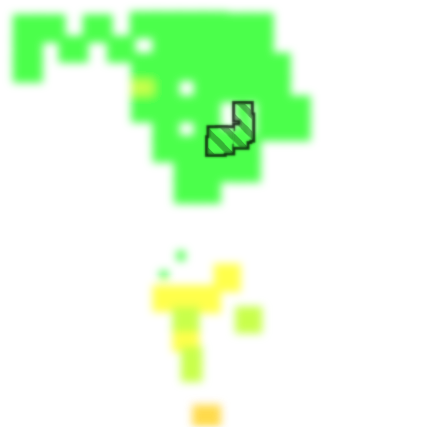 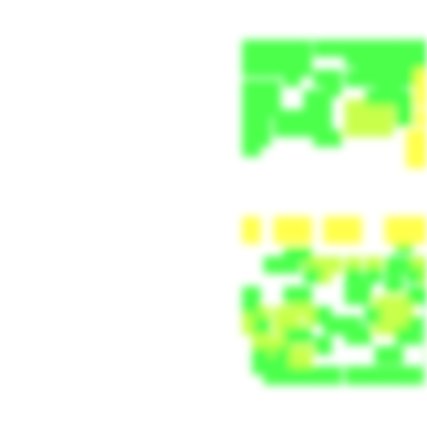 The direwolf is one of the creatures in ARK: Survival Evolved. It lives in snow biomes and in some areas of desert on Scorched Earth and Ragnarok, though in lesser numbers.

The best adjective to describe Canis maxdirus is "scary." This pack-animal is a cunning and brutal predator, capable of taking down prey of nearly any size. In addition to being a vicious hunter, it is the size of a small horse, meaning even the largest predators aren't necessarily safe from the packs. Unlike most creatures on the Island, Canis is a dedicated pack hunter, and rarely hunts alone. When in a pack, Canis are naturally spurred to fight for their lives with increased effectiveness, while the most experienced Canis will be designated “Alpha” and gain an even stronger enhancement! The species has an incredible affinity for teamwork.

Obviously, Canis is a thrilling battle mount. It is fairly fast, very strong, and agile. It can leap almost as well as the Island's battle-cats. Riding a supercharged “Alpha” Canis into battle at the head of a bloodthirsty pack is a thrill for which most warriors would gladly proclaim: "today is a good day to die!" If utilized correctly, Canis can be a useful aid in your discovery efforts. It has developed a keen sense of smell that enables it to detect things that most creatures can't. I've even seen them used to find creatures that are hidden beneath the surface.

Direwolves are large pack animals. If you see a direwolf on its own, be sure to scan the area for the rest of its pack unless you want to become their prey. Being carnivorous pack animals, direwolves will likely attack on sight- and their eyesight is nearly as good as a human’s- so caution is advised. Individually they are relatively weak, similar in many ways to a sabertooth, terror bird or raptor, fast moving with deadly teeth, but easily taken down with even a simple bola and bow. In packs however, they could arguably be the top of the snow biome’s food chain and they are usually found in mass numbers. Compared with other creatures that pack a similar punch as a wolf pack, they are incredibly easy to find (in some locations it’s far harder to avoid the wolves than it is to not find some), easy to tame, and easy to maintain, making them among the dominant threats a survivor can encounter… or control. Even wild packs can band together to take down the creatures ordinarily regarded as the kings of the arks, although their ability to damage structures is far weaker. They are extremely loyal and obedient once they are tamed, allowing humans to ride them without a saddle and follow commands without forced means of control; the pack mentality remains, but they accept the survivor as their leader and they obey without question.

The direwolf is an ancestor of the modern wolf and the coyote. It has evolved slightly for the dangerous environment of the ARKs, therefore making it a very large species, roughly 2 meters tall at the shoulders and very muscular. The direwolf commonly ranges in colour anywhere from white to black, with mixed grays and browns, any colour that modern wolves can have. On rare occasion they can be found in exotic colors such as bright blue or green.

Spirit direwolves spawn in Life's Labyrinth (Ragnarok) as the final mini-boss along with spirit dire bears.

This section displays the Direwolf's natural colors and regions. For demonstration, the regions below are colored red over an albino Direwolf. The colored squares shown underneath each region's description are the colors that the Direwolf will randomly spawn with to provide an overall range of its natural color scheme. Hover your cursor over a color to display its name and ID.

Region 4:
Tail, Back and Face

They can be picked up by an argentavis, making it easy to separate one from a pack and put it in a small box with windows to shoot arrows through. Lower levels take 4-12 tranq arrows. Beware however, that unlike other dinos, the wolf can sometimes hit the bird that is carrying them, potentially killing it and its rider. To avoid this, drop the wolf and pick it up again until the angle and distance its held is safe for the bird. Hitting the wolf once while carrying it will also usually move it into a position it can't attack the argentavis.

Another way is use a bola and just keep winding it up to stop as many as you need and just tranquilize it until the animal is unconscious. This method can be difficult for larger packs, so be sure to try and separate the animal you want first, and works best in desert environments where wolves are more solitary.

It is especially effective to create a trap out of structures, as the whole pack of wolves likes to follow you inside.

When in pack, the direwolf will receive a pack bonus for each other pack member (up to a maximum of 4), indicated by a number present beneath their names (eg. "+2 for three direwolves in the pack). Each direwolf receives a 5% damage bonus for each other pack member. The highest level member of the pack doesn't receive a number and is instead classed as "Pack Leader", which on top of the damage bonus, grants access to the Howl ability using the alt-fire key/button.

Once the Pack Leader has used the ability, all members of the pack receive a buff (either Pack Member or Pack Leader, respectively) for 90 seconds. The buff grants all members a 50% damage boost (this bonus is multiplicative, affecting all other damage boosts) and also a 25% damage reduction (also multiplicative). Once the buff has expired, the Pack Leader is unable to use the Howl ability again for another 90 seconds.

This section describes how to fight against a direwolf.

In the snowy areas they inhabit, you will almost never find a direwolf alone. This furthers the already frightening power of the beast and adds potential mate boosting to make matters worse. Whenever you fight direwolves, also make sure you have slain the whole pack before turning your back, and packs of up to 3-5 are not uncommon in the snowy plains.

If possible, keep distance from the direwolf, and deal as much damage as possible during their aggro animation (which is long compared to a lot of smaller threats). A lone wolf or a few individuals of the pack can be effectively killed before they can reach you. Direwolves deal high damage for their size and a pack of them along with their boost can cut down animals as strong as Triceratops to nothing. A tanky, yet high damage dealing mount like paraceratherium or ankylosaurus are the best against these hunters. Splash or attacks with large hitboxes, such as the likes of a giganotosaurus can reduce the wolf's presence to near nothing.

Ranged weapons, particularly those that allow you to use a scope, are extremely effective. The snow biome is quite barren in many places which makes engaging from a range very safe and easy, providing you have the tools to do so. Bolas can also trap them, making an individual wolf easy to kill, and can buy a survivor time to deal with other direwolves in the pack.

Most are accompanied by packs or at least one other direwolf. They are also quite fast over land and can close even large distances very swiftly. Don't get caught off-guard and keep your range and wits about you and you should survive most run-ins with the direwolf.

Direwolves move like molasses in water, which is good because the snow biome has handy ice floes for you to snipe from with safety. Use a

Rifle and put down the wolves before they can close distance and become a real threat. Direwolves also have a low health pool and are weak to knockback, so heavy mounts like the spino can easily deal with them without getting struck even once if the attacks are chained properly.

Apart from howling to achieve alpha pack boost, the direwolf can also sniff out (once activating said ability) for both unopened explorer notes and buried/camouflaged dino like

For information pertaining specifically to the real-world Direwolf, see the relevant Wikipedia article.