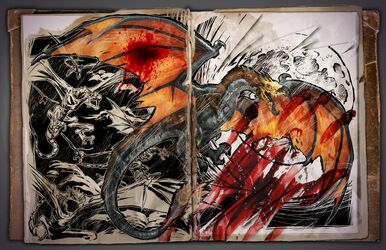 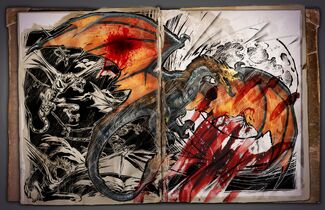 Tek
Habitat
Spawns only during an Event.

It's very aggressive, and can use the powers of the fire, lightning and poison Wyvern.

It is fluffy and has a pair of wings next to it. It is usually brown and can no longer be accessed.

The Dodo Wyvern always spawns with the same color scheme and has no color regions.

This means it is currently impossible to make alterations to the Dodo Wyvern's colors.

Very strong creature that has the ability to use any attack of the original three wyverns (fire, poison, and lightning). Do not fight head on unless you have

Giganotosaurus to spare or a lot of high melee

The Dodo Wyvern counts as a flying creature and is highly vulnerable to Auto Turrets. 50 or so turrets will make short work of the beast, killing it in 2–3 minutes. Just make sure to load the turrets with plenty of ammo and build a cage large enough to hold the Dodo Wyvern or kite it around the turrets. Another strategy would be to trap it in a large cage of stone or adobe pillars and attack with multiple people riding Rock Elementals or Lightning Wyverns to slowly whittle it down. Be warned if you put the Rock Elementals in the cage with it they have a chance of pushing it out.

Auto Turrets work. Also any tek gun such as the tek railgun works. Just make sure you have a lot of ammo.

Vulnerable to turrets such as the Auto Turret.