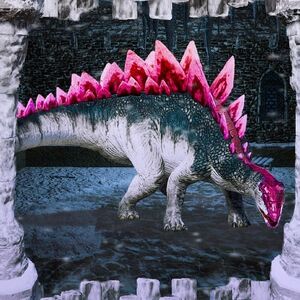 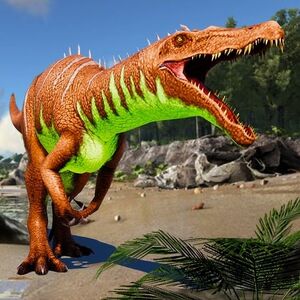 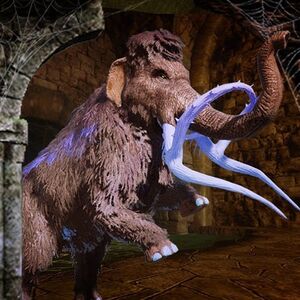 The Dungeons are a feature in ARK: Survival Evolved Mobile.

Dungeons are the biggest challenge in the Mobile version of the game. Available to survivors who are Level 40 or higher, Dungeons can be accessed from any

TEK Teleporter through the Dungeon Access Key. Survivors must traverse these Dungeons on foot, and each room holds different challenges (such as swarms of creatures or a lava parkour). Upon entry, survivors are tasked with collecting as much loot as possible and finding the Boss Teleporter before the timer of 30 minutes runs out. Extra time can be obtained by opening chests (+1 minute) and clearing rooms with creatures (+5 minutes). Many obstacles will be encountered along the way, including traps and

Eerie Creatures. Each Dungeon contains water sources. Only those who defeat the

Eerie Implants back to The Island for use.

All survivors are granted one free entry per day, with subsequent entries costing an increasing amount of

Primal Pass holders will be granted an extra entry. Each Tuesday at 12:00 PM EST will provide survivors with a new challenge, however in Single Player, survivors will have the option to select Dungeons from the previous two weeks, though the entry cost will be increased, 5

Ancient Amber for the previous week and 20

Ancient Amber for the Dungeons.

In dungeons, players must go through many different traps. All traps kill instantly 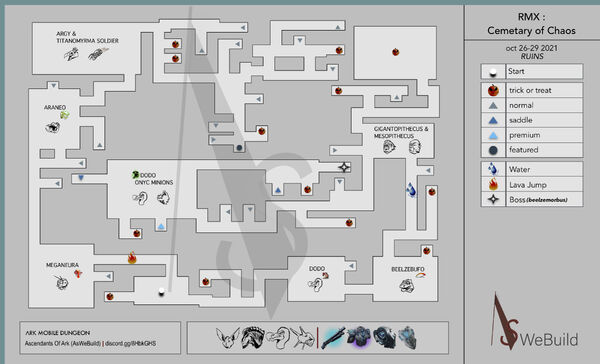 Look out for each other. 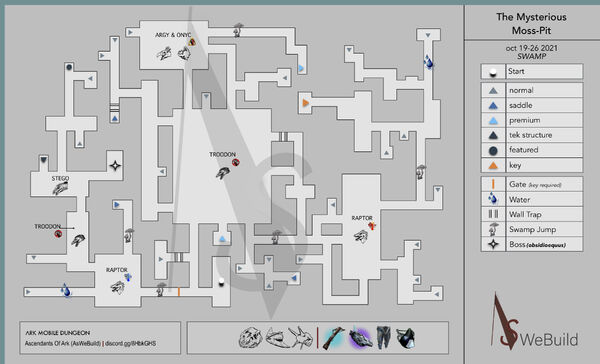 RMX: Hidden Tomb of the Coleoptera[] 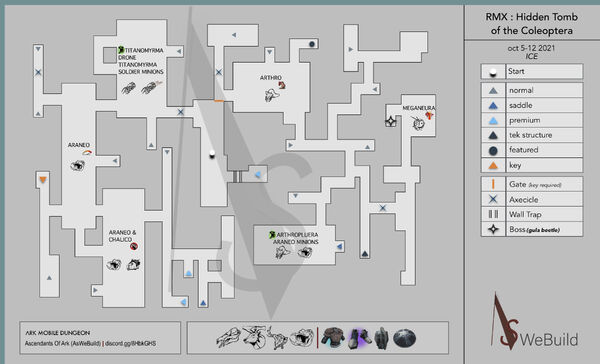 During Blitz Week, each day of the week will feature one of seven previous Dungeons in between each Blitz Week. However, unlike the normal Dungeon week, the Dungeon timer is reduced to 15 minutes, a

Noctis encounter will be twice as likely,

Eerie Equus have a chance to be seen roaming the halls of any of the Dungeons, and the

Eery Element yield from each Boss is doubled to 20 ×

Eery Element in multiplayer and 40 ×

These Blitz Dungeons will retain all enemies, loot, and TEK Blueprints found in their normal counterparts. Some of the TEK Blueprints may be found at higher qualities, but will drop at a low rate.