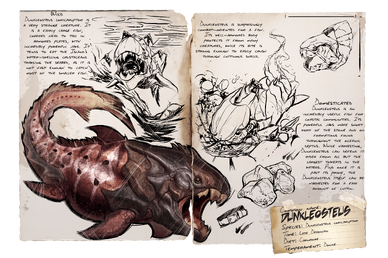 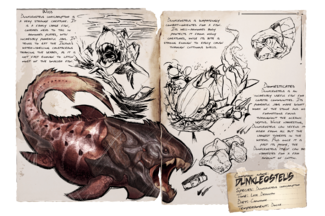 Dossier
These values may differ with what you see in-game or written elsewhere. But that is what the dossier says.
Group
Fish
Species
Dunkleosteus loricaruptor
Time
Late Devonian
Diet
Carnivore
Temperament
Docile
Release Versions 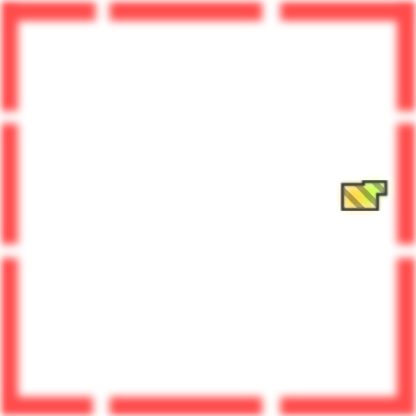 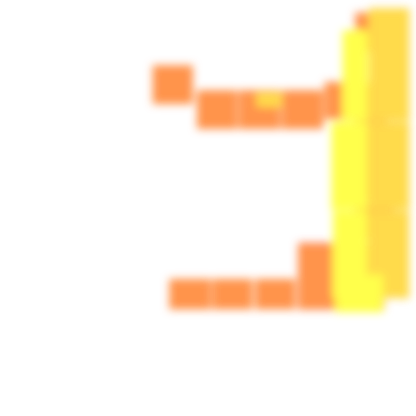 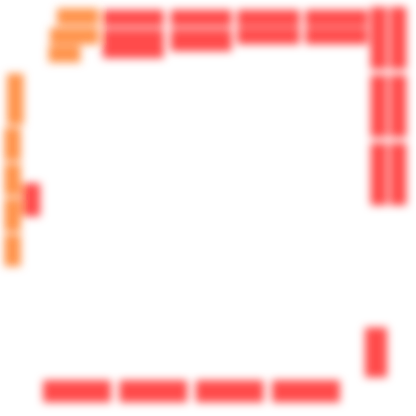 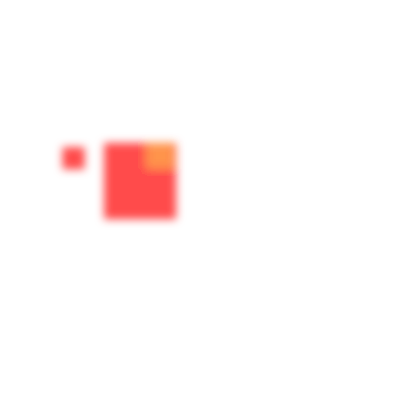 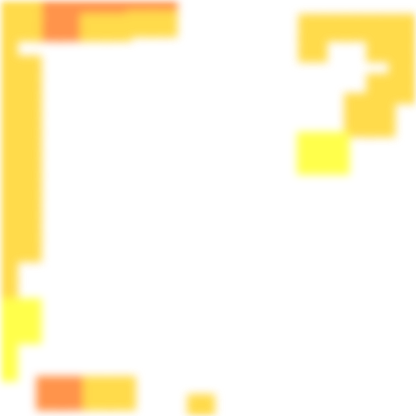 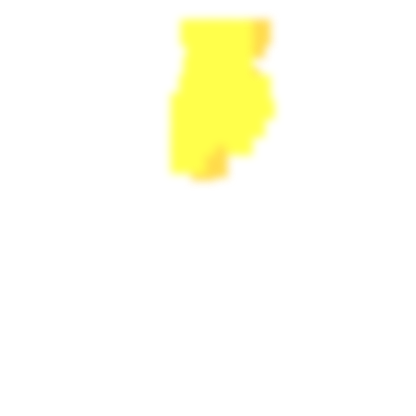 The Dunkleosteus (dun-kul-Os-tee-us,)[1] also referred to as the Dunkly, or simply the Dunk, is one of the creatures in ARK: Survival Evolved.

The Dunkleosteus is a slow, cumbersome fish that slowly wanders the depths of the ocean. It will not deter from its path to attack players, but if it is hurt by any creature (players included) or a player gets too close, it will attack without mercy. If the attacker can hold its position, the Dunkleosteus will flee.

The Dunkleosteus is a large fish found in the ARK's oceans. While its body's physique is similar to that of a standard fish with an eel-like tail, its head makes the beast very distinct. The Dunkleosteus's head is totally armoured, except for the eyes. Where most animals have teeth, massive jagged plates of bone exist in its mouth to crush the shells and bones of its prey. These teeth are used by the creature to crush rocks and oil nodes. The Dunkleosteus is slightly larger than a Megalodon, another predator that cruises the same waters.

This section displays the Dunkleosteus's natural colors and regions. For demonstration, the regions below are colored red over an albino Dunkleosteus. The colored squares shown underneath each region's description are the colors that the Dunkleosteus will randomly spawn with to provide an overall range of its natural color scheme. Hover your cursor over a color to display its name and ID.

Lure into a cave where you can use a rifle to tranq the Dunkleosteus, requires a creature that can go on land, frogs work well with this method. Kiting the Dunkleosteus in a circle will prevent it from hitting you, allowing a simple solo tame as it has a slow turn and is fairly slow moving. This is made much easier with some points in Oxygen.

Contrary to popular belief it does not matter where you shoot the Dunkleosteus; it will take vastly reduced damage (and consequently much less torpor) than expected whether it's shot in the body or head. If you plan to tranq a very high level Dunkleosteus it is advised to bring at least 250 arrows if you're using a primitive crossbow. As such higher-quality crossbows are recommended to reduce the endurance test that knocking out a Dunkleosteus can be.

A more efficient and less expensive way to knock one down is to just grab them with a Tusoteuthis as the Tuso will inflict torpor over time and arrows won’t need to be expended. Note: This is more time consuming method, so prepare to sit for a bit.

In the Ocean biome on Genesis: Part 1, It is possible to build a trap up against the holographic barrier of the Terrariums and use the open room inside to either tranq the Dunkleosteus with a Longneck Rifle, Electric Prods, or even a Mantis wielding a high damage Wooden Club, the latter of which may be the most effective method of applying torpor.

This section describes how to fight against the Dunkleosteus.

The Dunkleosteus is a large, tank-like fish that dwells in the deeper parts of the ocean. It is slightly larger than a Megalodon, which ends up hindering it in certain situations. A poor turning radius allows any player to easily kite it around in a circle, giving time for the player to attack.

By utilizing the large turning radius of the Dunkleosteus, the player can stay in a safe area while launching arrows via a crossbow, either to tranquilize or kill it. A large sea mount (Megalodon, Plesiosaur, Mosasaur) can be used to kill one quickly, as they have a relatively slow attack rate. It is not recommended to fight the Dunkleosteus with melee weapons, as it does great damage in a single hit.

Use powerful sea mounts or crossbow weaponry to kill one, or tranquilizer arrows from a crossbow to knock one out for taming. Do not attempt to punch one or whack at one, as a silly act of innocence can elevate into unfortunate loss of the player's inventory, which may or may not be obtainable after death.

The Dunkleosteus has a lot of health and powerful bites. They sometimes emerge from nowhere, so surprising ambushes can lead to a quick death for players whose minds are occupied on other topics.The Giganotosaurus is not the only one that can break stone, the Dunkleosteus can be used to besiege an under water base.

They can be easily dodged due to their horrible turning radius and slow speed. Take the battle to them and out-maneuver the Dunkleosteus so that it cannot harm you.

The Dunkleosteus reduces the weight of the following resources by the listed amount while they are in its inventory:

For information pertaining specifically to the real-world Dunkleosteus, see the relevant Wikipedia article.