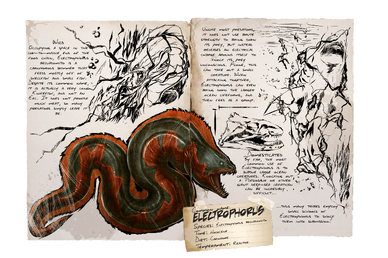 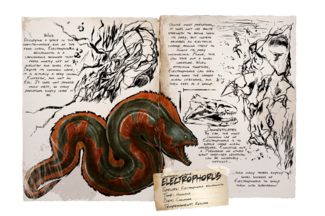 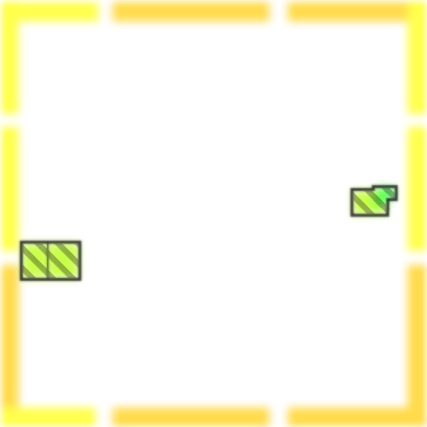 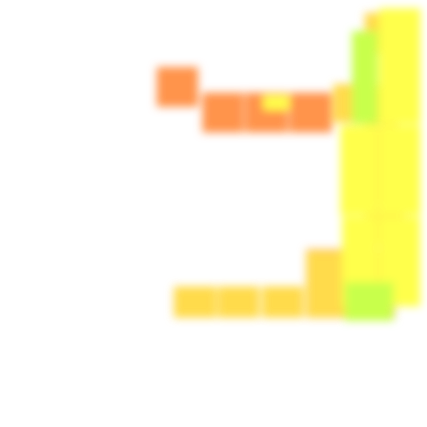 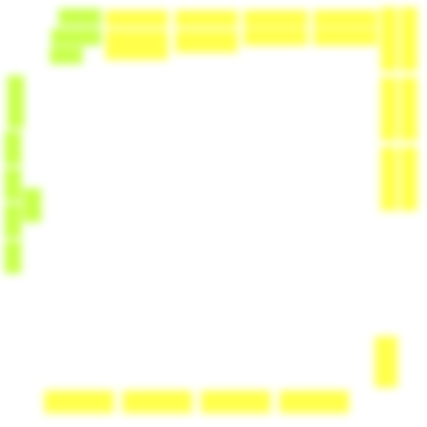 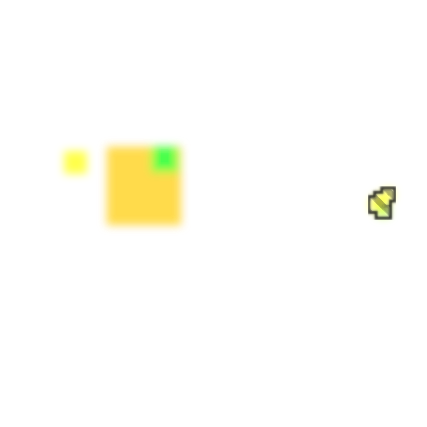 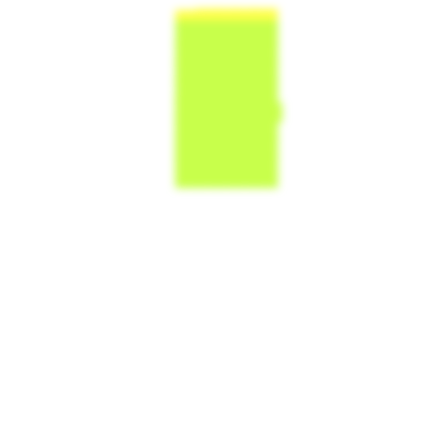 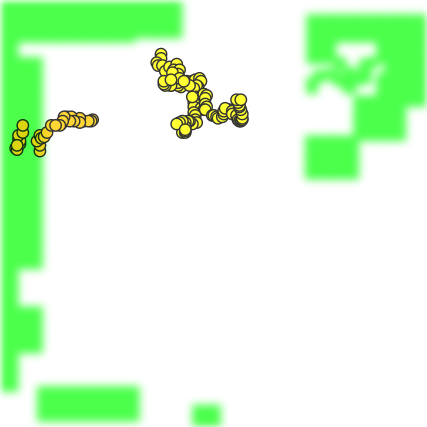 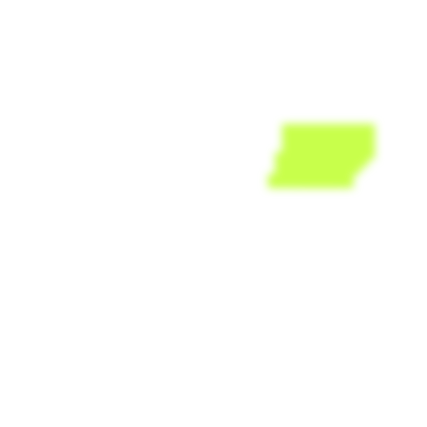 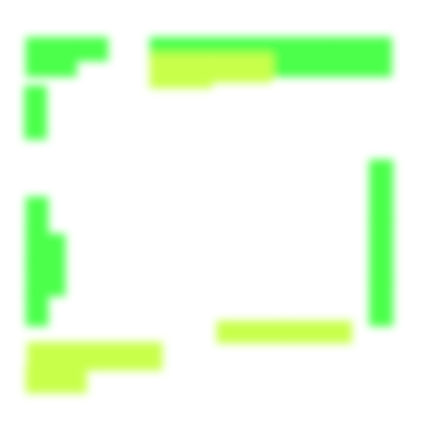 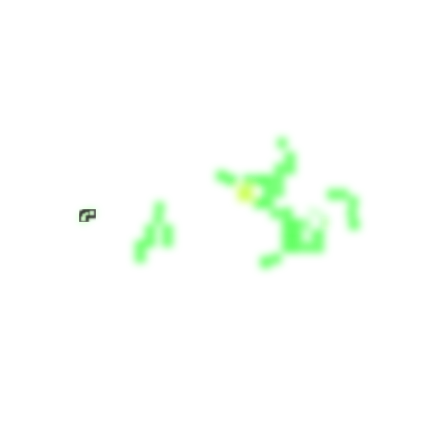 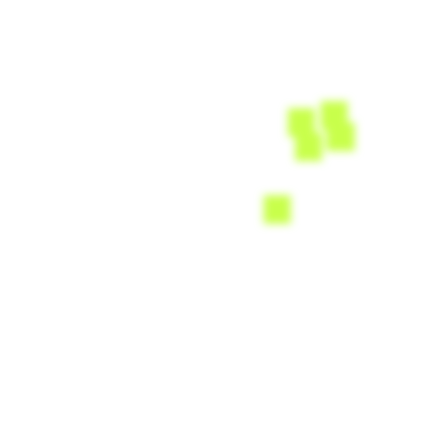 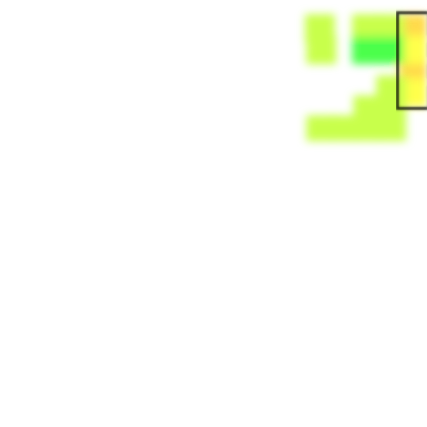 The Electrophorus (eh-lek-trof-er-uhs) or Eel is an aquatic creature in ARK: Survival Evolved.

Occupying a space in the low-to-middle end of the food chain, Electrophorus beluadomito is a carnivorous swimmer that feeds mostly off of shellfish and small fish. Despite its common name, it is actually a very long Knifefish, and not an Eel. It does not provide much meat, so many predators simply leave it be. Unlike most predators, it does not use brute strength to bring down its prey, but instead releases an electrical charge around itself to knock its prey unconscious. Alone, this can take out a small creature. When attacking together, Electrophorus can even bring down the larger ocean lifeforms, and then feed as a group.

By far, the most common use of Electrophorus is to subdue large ocean creatures. Knocking out a Plesiosaur or other giant deep-sea leviathan can be incredibly difficult... ...thus many tribes employ small schools of Electrophorus to shock them into submission!

Electrophorus will attack if within view of the creature. Once within its aggro distance, Electrophorus will follow the player, even upon swimming to the surface of the water. It can be found at middle deep-sea and is faster than the Cnidaria. Due to their disabling shock attacks and fast swimming speeds it is best to steer well clear of these creatures without proper preparation. Electrophorus will ignore wild dinos if there is a player or tamed dino in the area. They will chase their prey at very fast speeds and only let go if the prey is very far away, or the prey moves out of the water. If the electrophorus reaches its target, it will zap them. This will slow and reduce the damage output of any creature except for Basilosaurus and Tusoteuthis for 8–10 seconds, rendering them less effective at fighting and possibly ensuring they will not be able to run away. After the prey is zapped, the Electrophorus and any nearby wild dinos such as Megalodons will start to feast on the helpless meal.

Electrophorus is a long eel like fish with a fin running from the back of its head to its abdomen. Its mouth is packed with sharp teeth to attack the small fish and shellfish that make up its diet.

Regions #2 and #3 are not randomized when an Electrophorus spawns, but may be rolled during a breeding mutation or changed through admin commands.

This section displays the Electrophorus's natural colors and regions. For demonstration, the regions below are colored red over an albino Electrophorus. The colored squares shown underneath each region's description are the colors that the Electrophorus will randomly spawn with to provide an overall range of its natural color scheme. Hover your cursor over a color to display its name and ID.

This section describes how to fight against the Electrophorus.

Eels can be seen in deep sea or underwater caverns, wandering in pack, and attack players and their mounts on sight. A chained-shock is not only more than enough to eliminate a player, but also deadly to their mounts.

Like most abyssal terror, wild eels refuse to surface, so don't swim deep if you are not prepared.

Basil or bust
Use a

Basilosaurus -- it is immune to the movement and damage debuffs, and Eels do very little damage with their regular bite. Their shock does nothing to the

Basilosaurus, even when multiple Eels chain a huge shock. You, the rider, will be completely unharmed as well, with no

Torpor gain. Any other mount will need a good amount of

Health and damage to overcome both the burst damage of their shock and to fight through the damage debuff.

Tek Rifle). Note that Eels are faster than a player with flippers, but flippers will still provide you extra time to kill the Eels before they contact you.

High damage burst but lower sustained damage. If you can survive the initial shock, you will have an opening to retaliate. Basilosaurus doesn't get shocked, so use that.

Low damage individually. Picking a few of them off with ranged weaponry first will greatly weaken the attacks of the remaining Electrophorus.

Is extremely easy to spot and identify from a distance.

For information pertaining specifically to the real-world Electrophorus, see the relevant Wikipedia article.