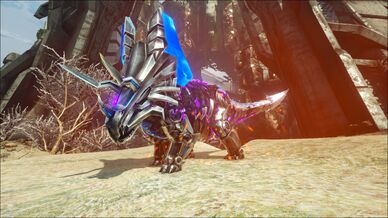 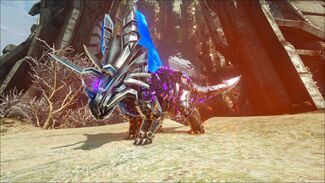 Medium
Drag Weight
300
Carryable By
Immobilized By
Can Damage

Tek
Habitat
The Enraged Triceratops will rarely spawn during an

The Enraged Triceratops is one of the Enraged Creatures in ARK: Survival Evolved's Extinction expansion.

Tek Triceratops, but infused with

Corruption; it also has a distinguishable red aura much like the

Enforcers are recommended to eliminate it quickly, while leaving the more defensive tames to defend the objective.

Using high quality shotguns or Tek weapons will kill it in a matter of seconds. High level Velonasaur is very useful too.

It provides all enemy Creatures around it with an Alpha boost. (50% damage reduction)

Enraged Triceratops are highly susceptible to