Difference between revisions of "Exo-Mek" 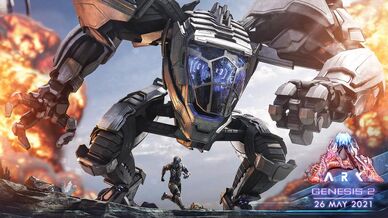 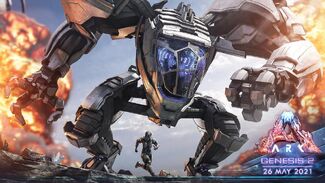 The Exosuit is one of the Creatures, and a successor to the

Exosuits are Tek robots that can be piloted by Survivors, armed with giant Hands and constructed with a visible cockpit.

The Exo-Mek's information is currently unknown, because it is unreleased and not yet in the game.

This section describes how to fight against the Exosuit.