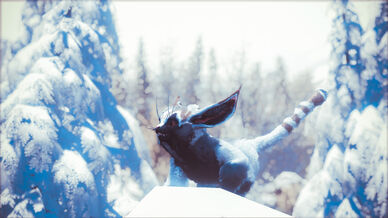 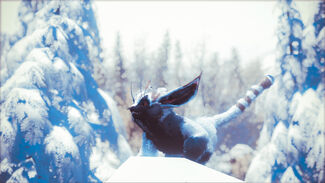 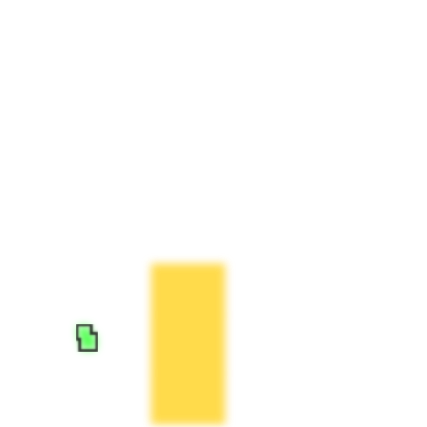 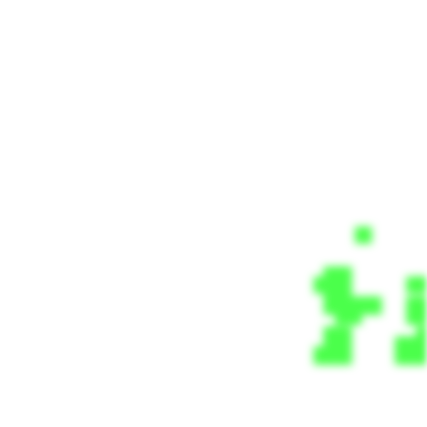 The Ferox is a Creature in ARK: Survival Evolved's Expansion Pack Genesis: Part 1.

The Ferox will approach the survivor when it senses one nearby on foot. It makes a sniffing gesture towards the survivor and if they do not carry any element with them, it flees, sometimes returning to follow. There is a chance, however, that it will instead mutate into its giant form rather than making a gesture, taking more of an aggressive approach, even if not fed Element.

Under its mutated giant form, it kills everything in sight until it reverts back to its small form.

The Ferox is similar in appearance to that of a

Jerboa while in its smaller form. Upon consuming

Element, it transforms into a larger, more aggressive version of itself that is more Wolf-like in facial features and with massive muscles. Both forms have six limbs, with the middle arms being slightly smaller than the top ones.

This section displays the Ferox's natural colors and regions. For demonstration, the regions below are colored red over an albino Ferox. The colored squares shown underneath each region's description are the colors that the Ferox will randomly spawn with to provide an overall range of its natural color scheme. Hover your cursor over a color to display its name and ID.

This section describes how to fight against the Ferox.

Ferox can be tamed non-violently rather than through the usual methods. However, it can't be tamed while in its giant mutated form. You must not have a Ferox on your shoulder during taming. There is a rare glitch that when a tamed ferox reverts back to its small form, It dissolves.

Element in any slot, approach the Ferox and use the element to begin taming. Be ready to run away as the Ferox shapeshifts into an aggressive giant and will then proceed to chase after the survivor who fed it, and will continue to pursue until it reverts back to its small self. This has to be repeated until it is tamed after the last revert. Number of transformations that are required is 2 at level 1, and grows linearly up to 20 at level 150 (roughly 0.12 transformations needed per a level).

One of the known tactics is to encase it around a giant trap base by luring it while in its giant form with a speedy dino.

Another tactic is if you are in a cave you can feed it element and grapple to the roof of the cave and repeat until it is tamed. It is the same for trees or large cliff/walls as you can grapple to the top of them.

You can also use a Bloodstalker to grab the Ferox after it transforms and hold it in place until it transforms back, then repeat the procedure after feeding it element. Just don't reel it in and start feeding on it. If you do so by mistake, release it and get to safety, then web it again if needed.

You can also use a good shield and keep your back to a wall. Clear your area before beginning this tame as the zone is filled with

As addiction of a Ferox in its shapeshifted giant form progresses, it gains a total of +200%

Melee Damage, +50% Attack Speed and +25% Damage Resistance, at the cost of 90 seconds reduction of Transformation Lifetime (it won't stay in large mode as long).

Moreover, Ferox will require more element to shapeshift (up to 5) if it has a certain amount of addiction.

Each feed of the Element prolongs the Ferox's shapeshifted form to full, but increases addiction by 5%. These addiction persist even after it reverts back, and will slowly decay over time. At the same time, feeding the Ferox while taming, or if required more element, will further increase its addiction by 5% per feed.

Unlike other creatures, Female Ferox cannot breed by default. It needs to be 95%+ addicted and in its original small form to breed (Any attempt to breed the female ferox below 95% will be prevented with the signal "Needs full addiction to breed" above the said Ferox). The male Ferox does not require any addiction to breed.

Ferox always appears as a small creature similar to a Jerboa. At random times while it is on the ground and near a survivor (sometimes at various spots), it will sniff and sneeze when it senses a nearby

Element Dust on the ground, and will proceed to dig up and give a few of it to the nearby survivor that it belongs to.

To transform the creature into its giant variant, it must be fed

Element via putting it in any slot, similar to passive taming it. (You need to use the slot key instead of E/

) It can still be fed even while in its transformed state.

Ferox cannot be podded into a

Cryopod while in its aggressive form. You must wait until it is in its small form.

All Terrain Mount: The Ferox, due to its ability to cling to surfaces like the

Deinonychus, super-jumping capabilities, and ability to transform from a shoulder pet to a mount enable both the Ferox and the rider to easily traverse any terrain. Keep in mind that it cannot scale a surface steeper than 90 degrees and is a mediocre swimmer. It also has fantastic damage and a devastating rock throw to deal damage from afar, even if it's clinging to a wall. They can even be given a high-quality helmet to greatly reduce damage taken.

Element Dust Producer: While inefficient, Ferox (small) may often produce the dust when picked up and it starts sniffing while on the shoulder, and thrown down to the ground.

Otter, the Ferox, whether large and ridden or on the shoulder of a survivor, will give an

Insulation buff. The Ferox grants +225 Hyperthermic and +225 Hypothermic protection. This makes them an ideal mount to have in most cold or hot environments, such as the Arctic biome or Volcano biome in Genesis: Part 1.

Raid-Machine: When in its large form, the Ferox can lob boulders clicking C (when held, it will give time to aim). This is very effective in PvP as it allows you to destroy stone structures, including the Tek Replicator. This combined with a Tek Skiff, creates a formidable Raid-Machine and is difficult to defend against. When using this strategy in PvP, stay out of turret range, while throwing rocks with the Ferox.

Pet: The Ferox can ride on a Survivor's shoulder when in its small form. This, combined with its insulation buff and cute aesthetic, make the Ferox an ideal pet.

Transport: As Ferox (Large) you can press jump as soon as you land from another jump and you will gain increased momentum for the next jump.

Boss Killer: Due to its high attack speed, high damage and resistance to damage in full addiction, as well as the ability to wear a helmet, Ferox can be used to effectively kill Bosses.

Levels may not transfer over at all to Ferox (Large). After being tamed, bonus levels might not be added as well.