This article is about Flame Arrow, not to be confused with 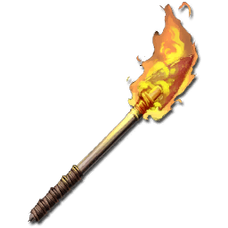 The Flame Arrow is an item in the Scorched Earth-DLC of ARK: Survival Evolved. It can be equipped to the

Compound Bow for hunting or fighting. An unbroken Stone Arrow can be picked up by walking on it after being used.

Quick tutorial on how to make flame arrows.