Genesis: Part 1 is a simulation across 5 distinct biomes in the form of mini maps: Bog, Arctic, Ocean, Volcanic, and Lunar. Survivors can teleport between these areas using the HLNA Biome Teleportation menu (using beds will drop any items making teleporting with HLN-A recommended). Survivors can select a biome and a cardinal direction to spawn in at any time. The player will retain any items in their inventory and any nearby tames will teleport with the player.

Instead of Explorer Notes, you will find Glitches around the map. These Glitches can be "fixed" by the survivor to earn information from HLNA and the new in-game currency, Hexagons. Hexagons can also be earned by completing missions. Hexagons can be traded in using the HLNA menu for resources as well as for a Level 1, 2 or 3 Lootcrate. 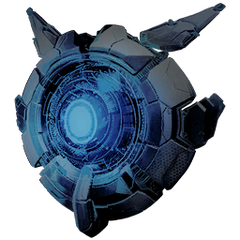