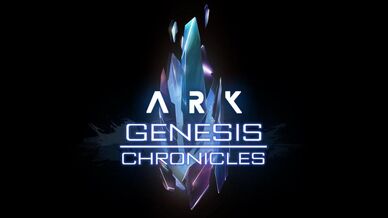 The Genesis Chronicles were a series of routine content drops that added new Explorer Notes and Skins related to the DLC Genesis: Part 1. It ran from October 10th, 2019 until February 25th, 2020.

The Genesis Chronicles adds in multiple Explorer Notes connected to Genesis: Part 1. When a Note has been discovered,

HLN-A will radiate a pulse of light and start talking.

These are what the explorer notes for these chronicles are summarized as and how they are described in the Genesis: Part 1 Lore and lore of previous maps.