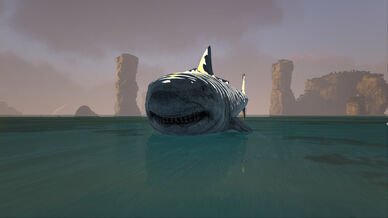 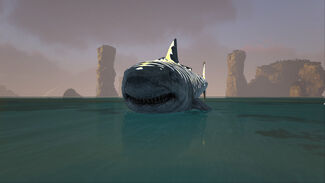 None
Drag Weight
250
Habitat
The Ocean during The Teeth Underneath, accessible via the

It waits until you go in the water to attack just like the normal Megalodon.

It is a golden-gray shark. It has golden striped teeth.

This section describes how to fight against the Golden Striped Megalodon.