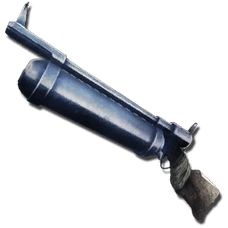 The Harpoon Launcher is one of the weapons in ARK: Survival Evolved. It is used to fire

It is a very effective weapon for underwater combat and for knocking out sea creatures. However, its not a viable weapon on land, as the projectiles will not travel very far.