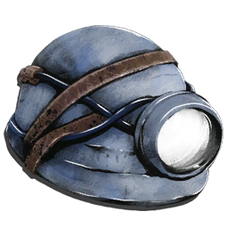 The Heavy Miner's Helmet is an advanced head-slot armor piece. It offers more protection than the Riot Helmet, but less than the Tek Helmet.

The durability will go down at a rate of one per minute while it is worn.