This article is about Ichthyosaurus, not to be confused with 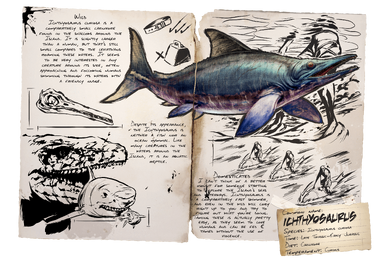 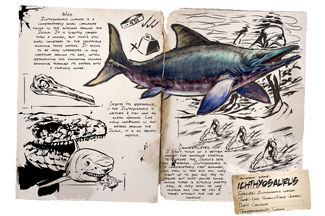 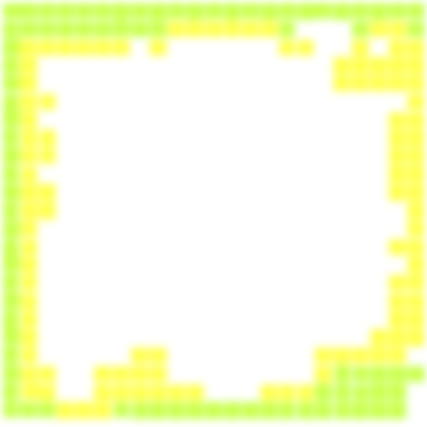 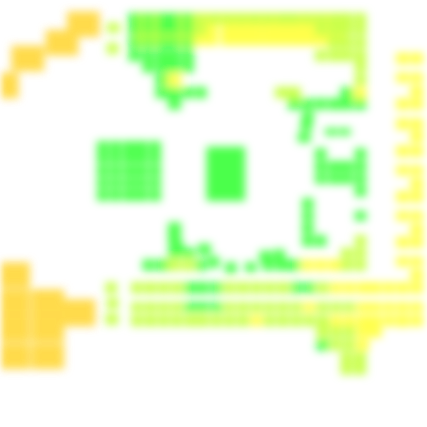 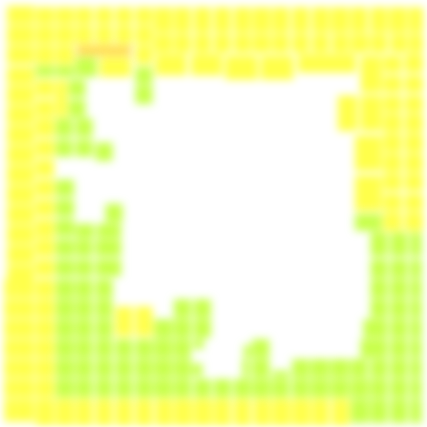 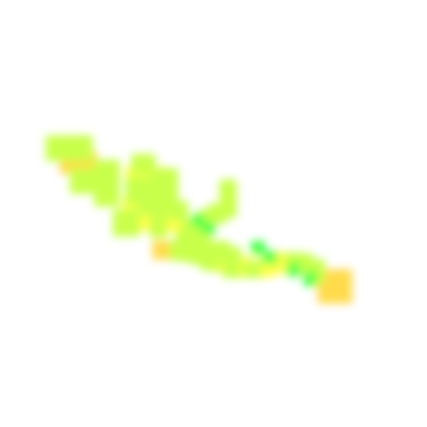 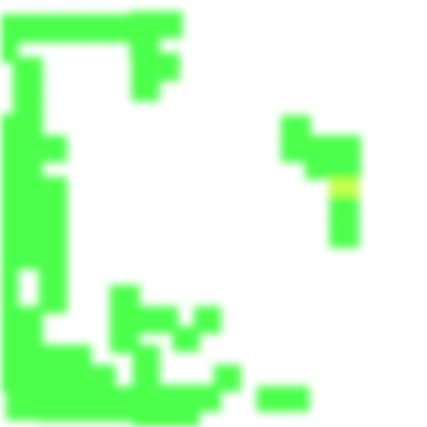 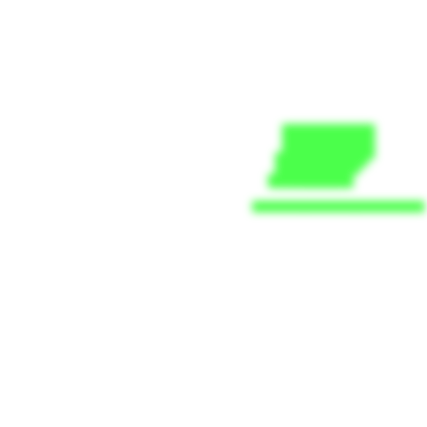 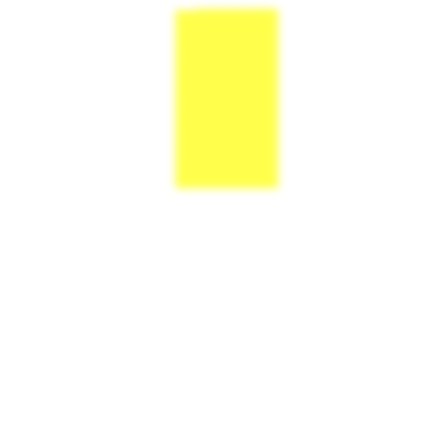 The Ichthyosaurus (ick-thee-oh-sawr-us) or Ichthy is one of the creatures in ARK: Survival Evolved.

I can’t think of a better mount for someone starting to explore the island’s seas and waterways. Ichthyosaurus is comparatively fast swimmer, and even in the wild will cozy right up to you and try to figure out what you’re doing. Taming these is actually pretty easy, as they seem to love humans and will be fed and tamed without the use of violence.

Ichthyosaurs are a very friendly species to most creatures, and will often swim towards you and around you out of curiosity. They will push you ashore if you run out of stamina and can't surface for oxygen in time.[1] They act a lot like modern dolphins. Ichthyosaurs in the northwestern waters can be found killing and eating wild Kairuku.

An Ichthyosaur is a mid-sized marine reptile, taking the rough shape of a dolphin. It has large eyes for spying fish and squid in the dark depths, a long snout for catching said prey, and a large brain that gives the animal its inherently curious nature.

This section displays the Ichthyosaurus's natural colors and regions. For demonstration, the regions below are colored red over an albino Ichthyosaurus. The colored squares shown underneath each region's description are the colors that the Ichthyosaurus will randomly spawn with to provide an overall range of its natural color scheme. Hover your cursor over a color to display its name and ID.

Region 4:
Back and Fins

This section describes how to fight against the Ichthy.

The Ichthy will flee once you or your tame attacks it.

There are two ways of doing this:

Any aquatic mount or even just spears can take out an Ichthyosaur. You may also need SCUBA Flippers if you don’t have a mount.

While not a dangerous animal itself, the Ichthy can attract dangerous creatures such as

Manta. Be prepared to fight more than just an Ichthyosaur if you do go hunting for one.

These animals don't have that much health, so killing them isn't that difficult in general.

The Ichthy is unable to be tamed through the standard tranquilize-and-feed methods, and must be tamed non-violently.

To feed it, place meat or kibble on the last slot of your hotbar, then when approached press use (default E,

) to feed it. You cannot feed them all the meat required for taming at one time, you must wait every couple of minutes until it is hungry again to feed it more until it's taming meter is filled.

Note that the values are for optimal cases, always bring extra supplies!
For a level-dependent count of resources needed, try an external taming calculator. Ingredients for

For information pertaining specifically to the real-world Ichthyosaurus, see the relevant Wikipedia article.